This 1978 Porsche 911 began life as a regular SC model, but has more recently been modified into a tribute (one of three, reportedly) of the car its builder Erik Brandenburg competed in 2007’s 4,350 mile TransSyberia Rally, which apparently he was leading until deep Mongolian river crossings dropped the duo down to 9th place. Unlike the original, changes are largely cosmetic, but it still sounds like a lot of fun anyway, and it’s not as if the car started as a particularly special or important 911 anyway–here’s to variety.  Find it here on Classic Driver in Tienen, Belgium for $143,775. 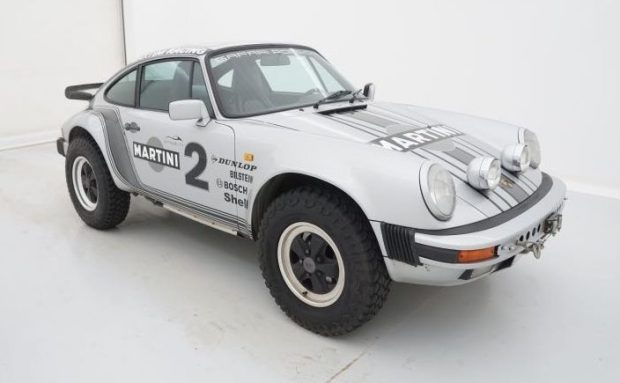 The car wears silver paint as its base, and employs an unusual but cool Martini Racing livery rendered in monochrome The 911’s classic shape shines through very well, and doesn’t seem to show any flaws to the paint or seam-welded bodywork beneath. Up front, a set of auxiliary lights are fixed to the hood, while a winch is mounted behind the front bumper with just the roller fairleads visible–a nice touch. For rolling stock, Fuchs are wrapped in giant 215/85 Hankook Dynapro MT’s filling widened wheel wells. Drilled bumpers look the business, even if weight savings might not really amount to much. 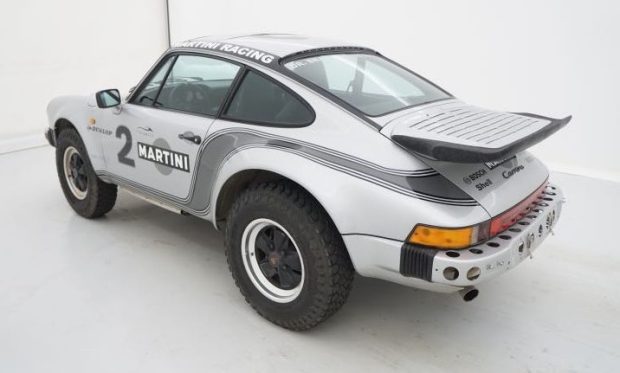 The interior appears to have been left largely stock apart from a few minor mods. There’s no roll cage for example, and door panels and carpets remain, all of which means the car could probably still be used as a relatively comfortable driver, but with increased curb hopping ability. There’s even a sunroof, though no A/C. A nice Momo wheel and aftermarket stereo are notable, while a rally computer has been incorporated just forward of the shift lever . 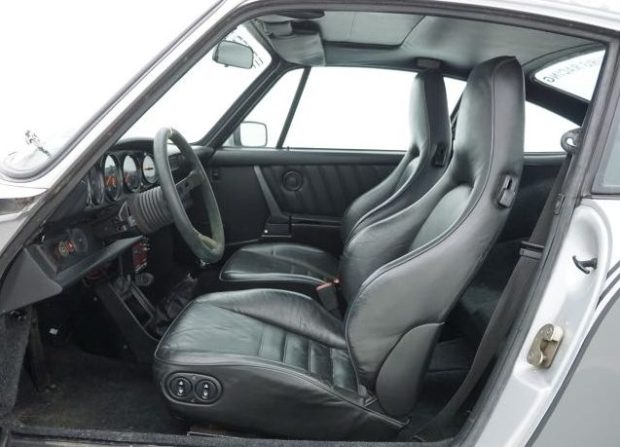 The 3.2 liter flat-six has been retained, though details regarding maintenance history are missing from the ad–it does note that mileage is currently a bit over 88k. Under the car, beefed-up torsion bars and Bilsteins help dampen out the rough stuff, a combo so adept at its job that the car has reportedly cleared 20 meter jumps without much issue. Stainless steel skid plates cover vulnerable areas of the undercarriage. 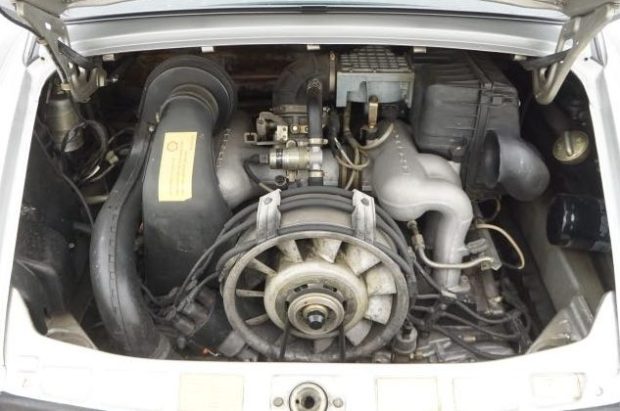 Mainly cosmetic or not, it’s cool to see someone doing their own thing with an air-cooled 911, particularly in such a hot market. This one was never going to be among the most valuable or rewarding examples to own anyway, and now it definitely stands out from the crowd.