This 1993 Porsche 911 RS America (VIN WP0AB2967PS418054) started life as any other and was the 54th of its kind to roll off the assembly line. Built as a demonstration vehicle in the mid 1990’s when Gemballa began marketing their services in California, modifications are extensive, and it’s claimed to be the only one to receive a full RSR conversion. The car has been with the seller for 14 years now, and the ad further lists two previous owners, maintenance records and just 16k miles. All modifications were undertaken in Germany, after which it was flown back to California. Spec includes a 375, 7200 RPM 3.8 motor, and the seller also notes $5k in recent servicing. Find it here on eBay in Clearwater, Florida for $99,500 OBO. Special thanks to BaT reader Kyle K. for this submission. 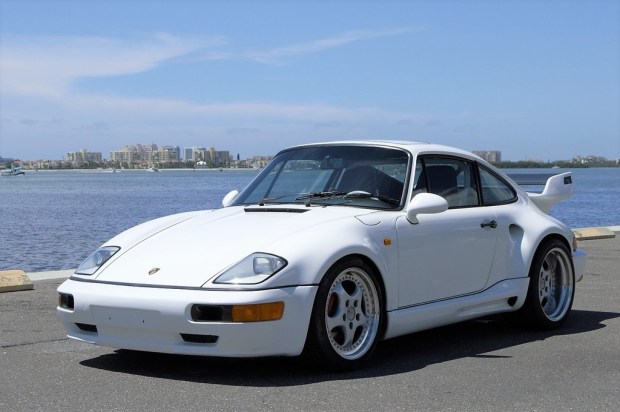 The seller describes this color as Grand Prix White, and a period article lists exterior modifications that include a slantnose front end with fixed headlights that feature ellipsoid halogen projector lenses. The front bumper was also changed to feature RSR carbon fiber brake ventilation ducts, and the factory rear fenders feature cooling channels for the engine. The front skirt and sideskirts are a Sportster design, with the latter incorporating some more air intakes. The rear bumper is a three-piece design to allow for a dual exhaust, while a large 3.8 liter RSR spoiler with an adjustable carbon fiber center wing is also fitted. Wheels are 18″ Speedlines with a heavy offset in the rear, and tires are Michelin Pilot Sports that measure 235 and 295 front and rear and were mounted in May of this year. 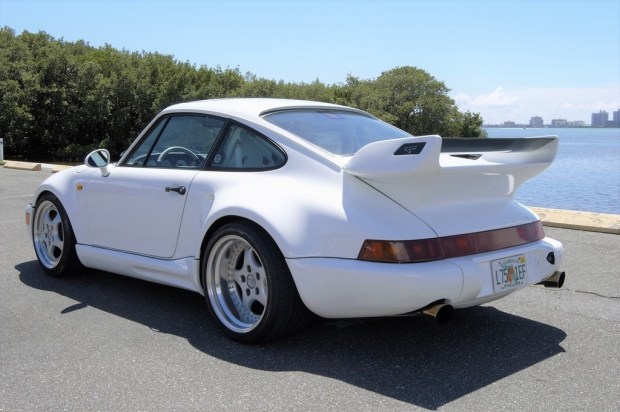 Offered as a track-focused lightweight model, the RS America was marketed with only four options, and this car came equipped with the factory sunroof and limited slip rear differential at a cost of $1,952 and $913 respectively when new. Gemballa added air conditioning, along with an Alpine CD deck in addition to carbon fiber trim pieces and Recaro A8 seats with color-matched backs that look very sharp. The roll cage is a lightweight design with an adjustable harness bar, and gauges feature white faces. Everything is said to be excellent condition, with some paint transfer between the seats and roll cage noted as the only blemish. 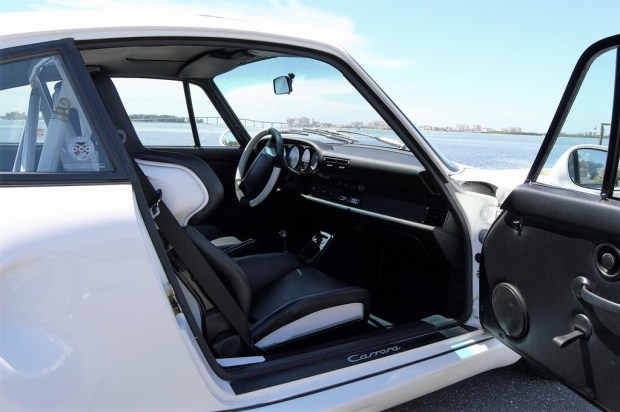 The powerplant is described as an RSR engine which is wholly constructed of racing specification components. Displacement is measured as 3.81 liters, and power was increased from the stock 260 HP and 230 lb. ft. of torque to 375 HP and 282 lb. ft. of torque. Specifics include a redline raised to 7,150 RPM, exhaust components from a 965, a widened throttle body and an RSR-spec clutch. The seller didn’t receive any maintenance records from the previous owner, but notes some engine work as having been performed in the past. More recently, working totaling $5k was performed which included a battery, brakes, various gaskets and seals, belts and O-rings. 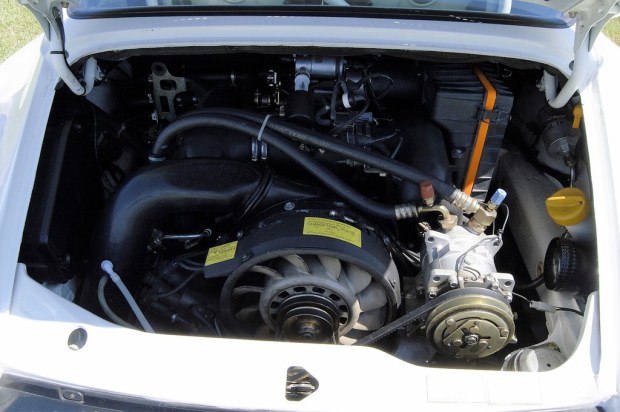 The description contains a link to dozens more high-resolution photos and included with them are some scans of a period magazine writeup. 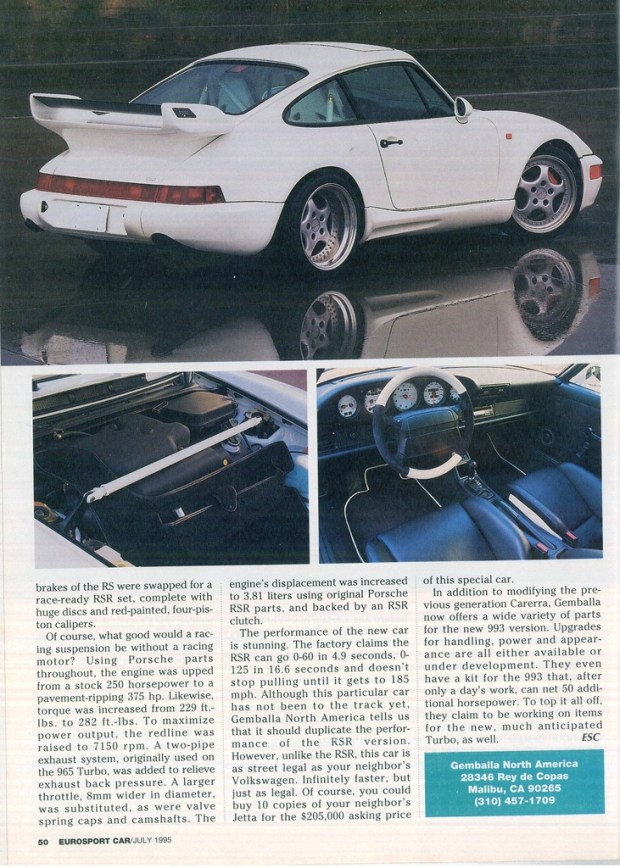 The seller highlights just a few minor flaws throughout, but overall the car seems like a well preserved machine in need of some exercise.