This 2002 Porsche 911 Carrera 2 (VIN WP0AA29952S622230) is described by its seller as “the first and only 996 Safari and my daily driver for the past six months.” Modifications sound fairly mild, the ad noting only a two-inch lift and Cooper mud and snow tires on 17″ Boxster wheels. Power comes from a 320 horse 3.6 liter water-cooled flat-six replaced under warranty due to IMS failure of the original motor, the ad further claiming no crash history as well as books and records. Paint finish (not a wrap) is a satin version of OEM Porsche Olive Green, and the roof basket is reportedly an OEM item–the spare, PIAA lamps and pioneer tools are not. Overall it’s quite an interesting build for one of Porsche’s most unfairly overlooked chassis, and according to the seller it “drives and handles like a stock 996 on the road, but unbelievably fun once you hit dirt or gravel.” Find it here on eBay in Tulsa, Oklahoma with no reserve. Special thanks to BaT reader Kim G. for this submission. 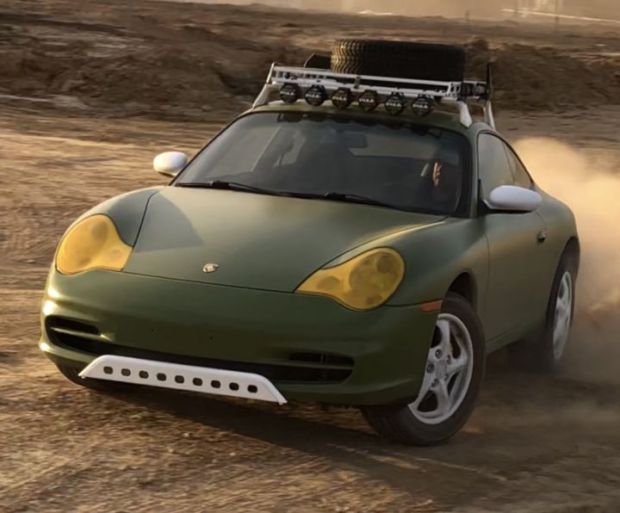 Initially it might seem that a four-wheel drive C4 would be a better safari-style build platform, though most rally 911’s have traditionally been built on rear-drive chassis. Colors and finishes might not be everyone’s cup of tea, but at least it’s actual paint and not a wrap. We might consider pulling the yellow headlight film and toning down white powder coat on things like the wheels, basket, skid plate and even tailpipes, though the mild two-inch lift and overall style of the build is definitely cool. 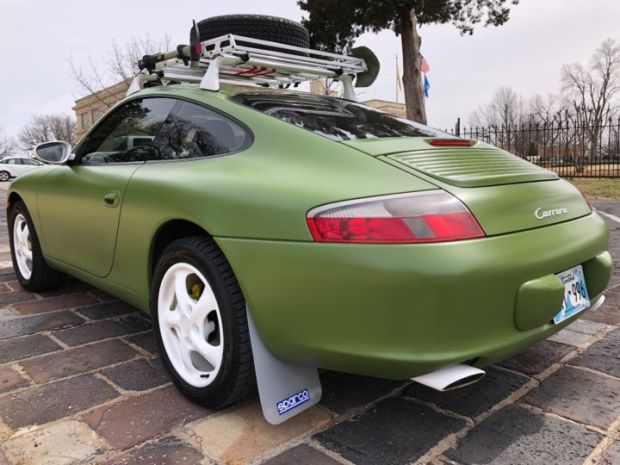 Sparco rally flaps will come in handy, and glass, sheet metal, plastics and trim look good all around. According to the seller, the car has clean history and no crash history. Books and records are noted as well, but it’s not clear how far back documentation goes. 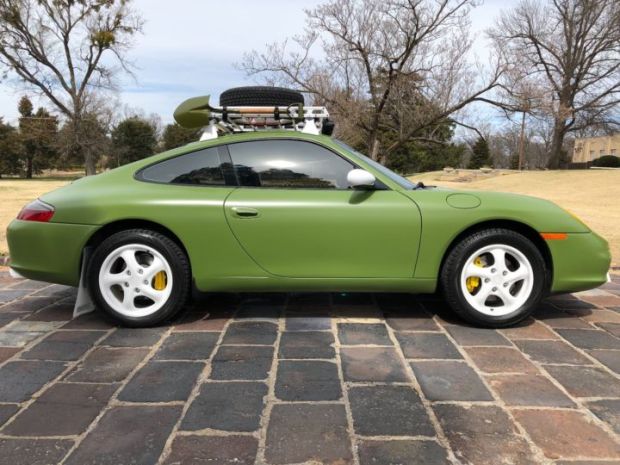 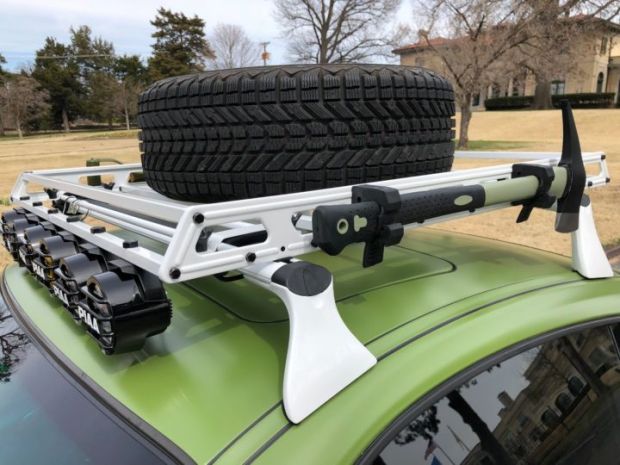 There’s a sunroof under the OEM accessory rack and basket. 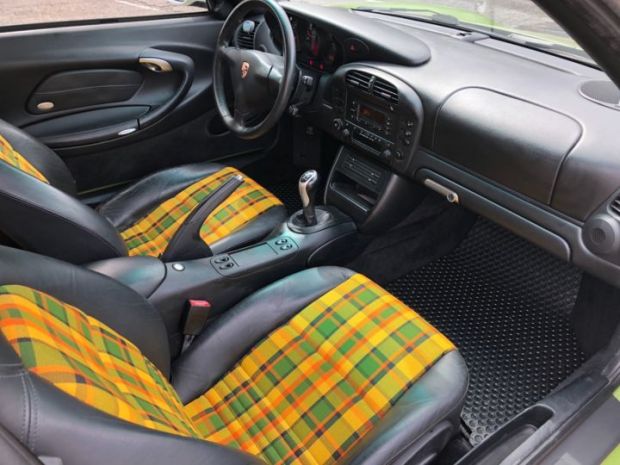 Seats look like standard items, though tartan inserts are obviously custom. Rubber floor mats are the right idea here, and otherwise the cabin looks standard down to the steering wheel, instruments and shift knob. 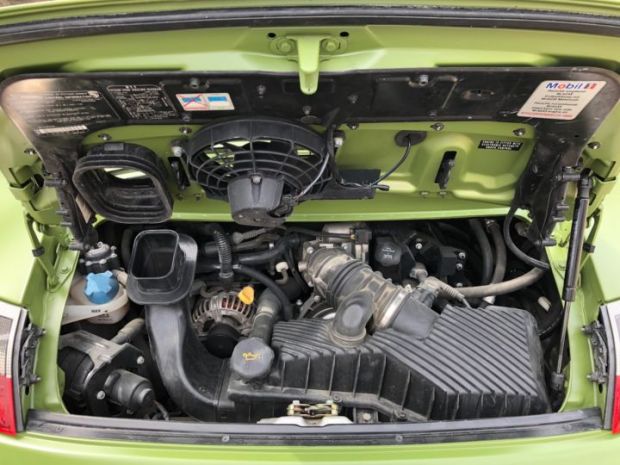 Here’s the 3.6 liter pancake six, changed out under warranty when the original went bang due to an IMS bearing failure at 40k miles.