This 2002 Porsche 911 GT2 is one of approximately 300 examples produced for the US market between 2002 and 2005 and is said to have been modified by RUF Auto Center with an RT550 Engine Package under prior ownership, and it now has 49k miles. The car is powered by a twin-turbocharged 3.6L flat-six mated to a replacement six-speed manual transaxle and a limited-slip differential and is finished in Seal Grey Metallic over black leather upholstery. Modifications are said to include high-performance turbochargers, a remapped RUF ECU, an RUF intake manifold and exhaust, 18″ RUF Modular wheels, Moton Clubsport coilover suspension, GT3 seats, and a roll cage. Equipment includes Porsche Carbon Ceramic Brakes, xenon headlights, and an Alpine CD stereo.. The car was initially registered in Texas and spent time in multiple states before the seller’s acquisition in October 2018. This 996 GT2 is offered by the selling dealer with a Porsche Design chronograph watch, a 1:18 die-cast GT2 car, a car cover, spare parts, service records, a Carfax report, and a clean Texas title. 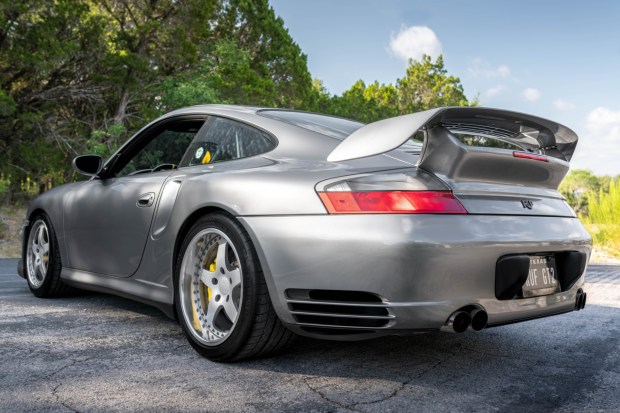 The car is finished in Seal Grey Metallic (L6B4), and GT2-specific bodywork includes a deeper front valance with enlarged air intakes and heat extractors as well as a fixed rear wing and a black lip spoiler. Additional equipment includes bi-xenon headlights, RUF emblems, and quadruple exhaust outlets. Xpel paint protection film was reportedly applied to the exterior of the car in 2021, and the seller notes scuffs and discoloration on the front lip. The Carfax report shows front-end damage from an accident in a July 2003 entry. 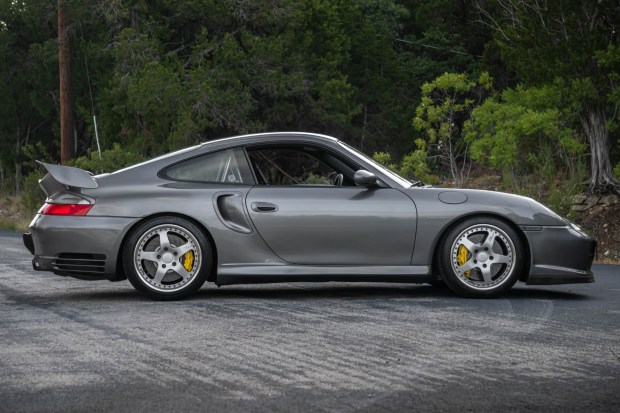 Silver 18″ RUF three-piece Modular Wheels wear Michelin Pilot Sport tires measuring 235/40 up front and 315/30 out back. Braking is provided by yellow calipers over Porsche Ceramic Composite Brakes (PCCB) at each corner. Moton Clubsport Coilovers with remote reservoirs were installed under prior ownership. Braking components were serviced and the calipers were refinished in December 2018, and the brake rotors and pads are said to have been replaced in 2022. Steel brake rotors and pads are included in the sale. 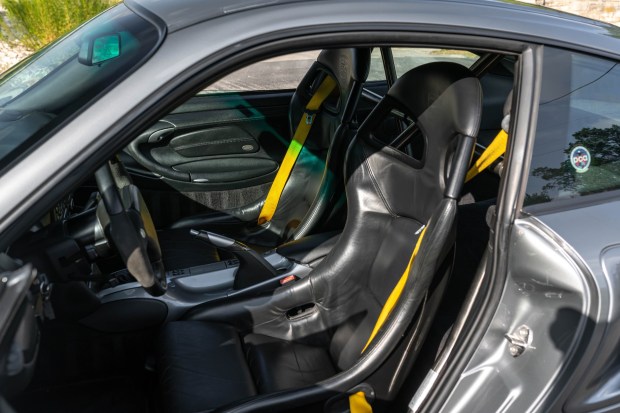 The cabin features European-spec GT3 Recaro bucket seats and feature pass-throughs for racing harnesses and embossed Porsche crests on the headrests. Black leather extends to the dashboard and door panels, and amenities include an Alpine CD stereo, yellow seatbelts, a carbon-fiber and aluminum shifter and emergency-brake handle, GT2-branded door sill plates, and automatic climate control. The carpeting is said to have been extracted in 2022, and a Porsche Tequipment roll cage and RUF pedals are installed. The steering wheel shows signs of wear, and the seller notes foam pieces intermittently blow out of the air vents when the air conditioning is used on the highest setting. 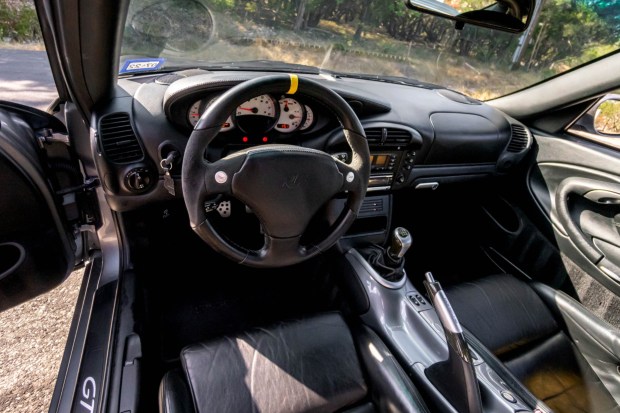 A RUF steering wheel frames a central tachometer, a 200-mph speedometer, and supplementary gauges. The digital odometer indicates 49k miles, of which approximately 3k were added under current ownership. 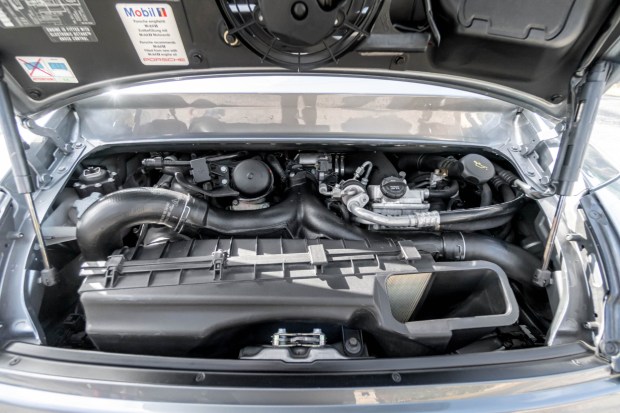 The twin-turbocharged and water-cooled Mezger 3.6L flat-six is said to have been modified by RUF Auto Centre in Dallas, Texas, in the early 2000s. Modifications are said to include RUF hybrid k24/26 turbochargers, a remapped RUF ECU, an RUF intake manifold, and an RUF exhaust system. Cooling system components and the spark plugs were replaced in August 2018. An oil change was performed in preparation for the sale. Dynamometer charts can be seen in the gallery below. 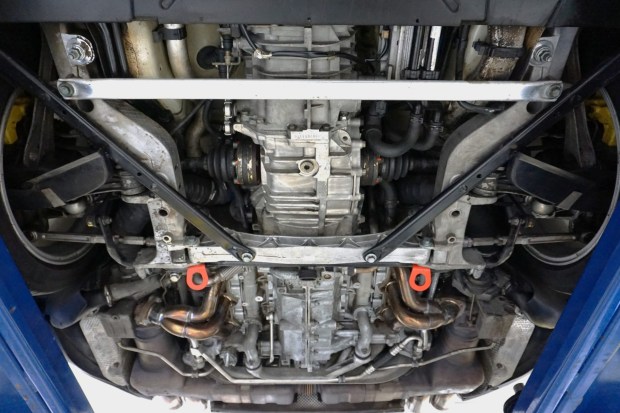 Power is delivered to the rear wheels through a double-inertia flywheel, a replacement six-speed manual transaxle, and a limited-slip differential. The replacement transmission was sourced from Bill Rader Motorsports and installed by SoulSpeed Performance in October 2019. The underside was dry-ice blasted in preparation for the sale. 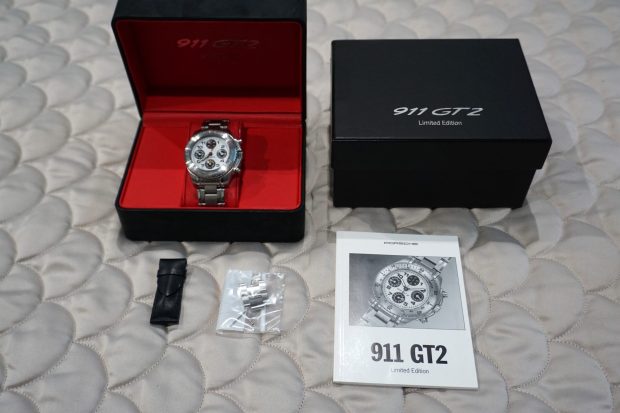 Included in the sale is a Porsche Design 996 GT2 Chronograph watch as well as a 1:18 scale die-cast GT2 car, steel rotors and pads, a car cover, and service records.