This 1974 Porsche 911 Carrera coupe was reportedly delivered new to Appalachian Vintage Autos of North Carolina, which was owned by the seller’s uncle, and has remained in the family’s possession since new. The seller acquired the car from his aunt in 1998 and subsequently commissioned a refurbishment in 2006 that included stripping and repainting the body, re-sealing the doors, windows, and sunroof, and refreshing the engine. The car is finished in Mexico Blue over tan leather upholstery and is powered by a 2.7-liter flat-six paired with a five-speed manual transaxle. Additional equipment includes 15″ Fuchs alloy wheels, a sunroof, a rear ducktail spoiler, and a Kenwood CD stereo. This 911 is now offered with uninstalled factory audio equipment, a car cover, and a clean North Carolina title in the seller’s name. 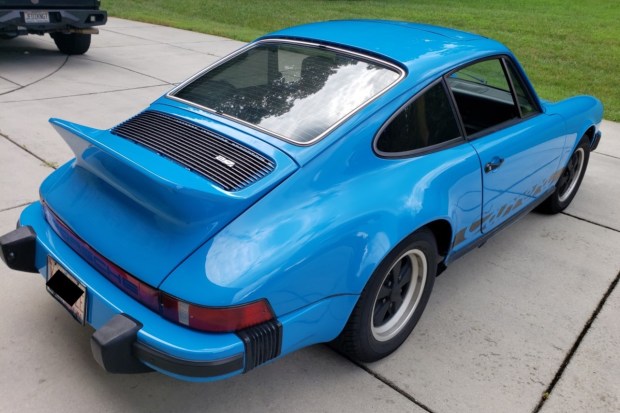 The car was finished from the factory in Mexico Blue and was stripped and repainted in 2006 by Auto Body Solutions of Lincolnton, North Carolina. Features include body-color bumpers, black Carrera side graphics, a sunroof, and a rear ducktail spoiler. There is a scratch on the fuel-filler door and a paint chip on the left side of the hood. Detail photos of the paint and body can be viewed in the gallery below. 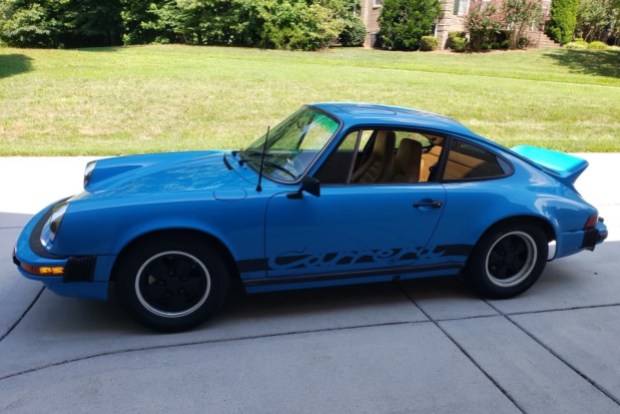 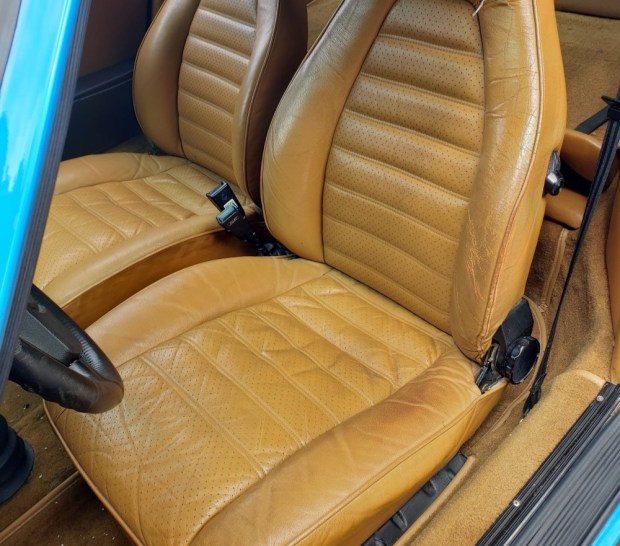 The cabin is upholstered in tan leather with matching carpeting. Amenities include a Kenwood CD stereo with a trunk-mounted amplifier, Memphis Audio speakers, adjustable front bucket seats, and rear jump seats with two-point seatbelts. The dashboard cap is cracked, and the seller notes that the turn signals malfunction when the headlights are on. The uninstalled factory audio equipment is included in the sale. 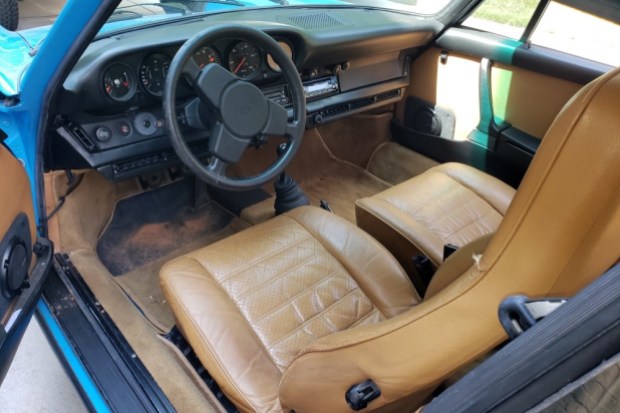 A leather-wrapped steering wheel frames VDO instrumentation that includes a central tachometer, a 150-mph speedometer, an analog clock, and auxiliary gauges. The five-digit odometer shows 46k miles, approximately 3,500 of which were added under current ownership. 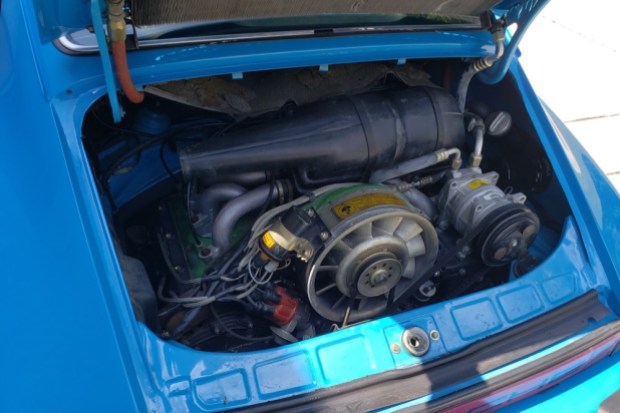 The fuel-injected 2.7L flat-six sends its power to the rear wheels through a five-speed manual transaxle. The engine was reportedly removed from the car and refurbished in 2006 by Black Forest Racing of Lincolnton, North Carolina. The seller notes an oil leak and a parasitic draw that discharges the battery if left untended for multiple days.