This 1986 Porsche 911 Carrera coupe was modified under previous ownership with backdated bumpers, a lengthened hood, fiberglass fender flares, and an increase in displacement of the flat-six to 3.4 liters. The car has been refinished in green, and equipment includes a Type 915 five-speed manual transaxle, replacement front seats upholstered in black leather with green tartan inserts, 16″ Fuchs-style wheels, a MOMO steering wheel, and a remote-operated stereo system mounted under the passenger seat. Additional modifications reportedly include a twin-plug ignition system, an RSR distributor, upgraded spark plug wires, and a 993-specification crankshaft, camshafts, and connecting rods. This backdated 911 was acquired by the selling dealer in August 2021 and is now offered at no reserve in Arizona with a Porsche Certificate of Authenticity, service records, manufacturer’s literature, a spare seat insert, a clean Carfax report, and a clean Ohio title. 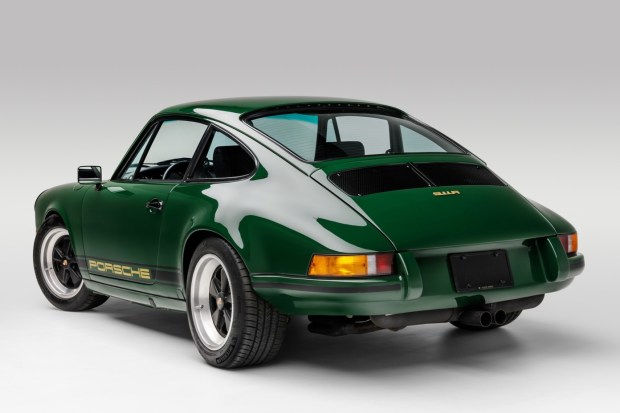 A lengthened hood, early-style bumpers, and fiberglass fender flares were installed along with a steel panel in place of the factory-equipped sunroof before the car was refinished in green with black and yellow accents under prior ownership. The refinishing process also included replacing various seals, and additional exterior details include yellow headlight lenses, Euro-style taillights, fog lights, a driver-side mirror, black horn and decklid grilles, a black Porsche crest emblem on the front trunk lid, and a gold 911R badge on the engine lid. 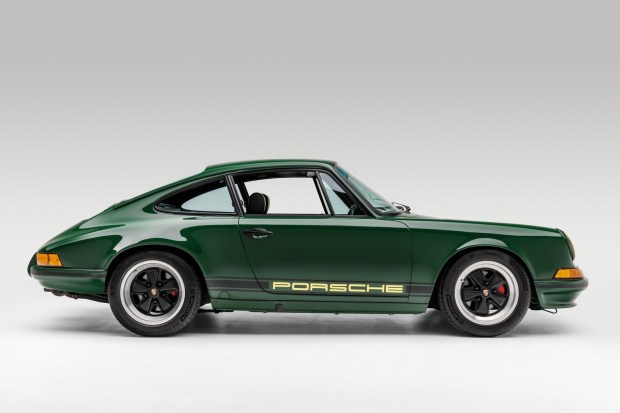 The 16″ alloy Fuchs-style wheels feature black spokes and lighter lips, and they are wrapped in Michelin Pilot Sport All Season 4 tires measuring 205/55 up front and 225/50 out back. Braking is handled by power-assisted four-wheel discs, and Bilstein dampers are fitted. The braking system is said to have been overhauled under prior ownership, at which point stainless-steel lines were also installed and the axle boots were replaced. 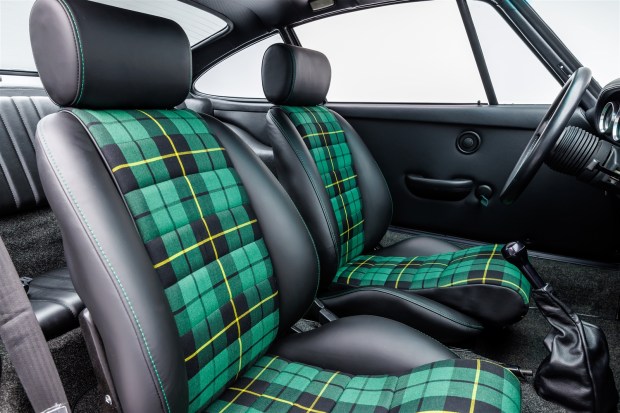 The cabin features replacement front seats upholstered in black leather with green, black, and yellow tartan cloth inserts as well as green stitching. The dashboard pad, headliner, insulation, climate vents, and carpets were replaced under previous ownership, and interior equipment includes power windows, drilled front footwell kick-plates, RS-style door panels with green door pulls, and a remote-operated stereo system mounted under the passenger seat with a USB port in the lower dashboard. The air-conditioning system has reportedly been upgraded utilizing a 997-specification radiator and fan located near the front trunk, and the heating system has been removed. 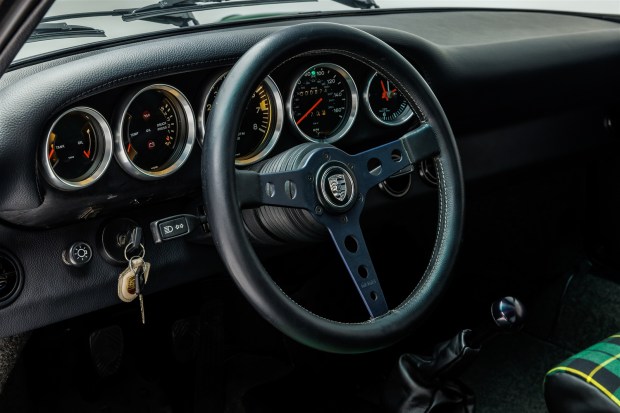 The leather-wrapped MOMO steering wheel features lighter stitching and frames replacement VDO instrumentation including a central tachometer, a 170-mph speedometer, a Quarz clock, and gauges for oil level, oil pressure, oil temperature, and fuel level. The six-digit odometer shows 674 miles, and records indicate the speedometer was repaired under previous ownership when the car had 126k miles. Total mileage is unknown. 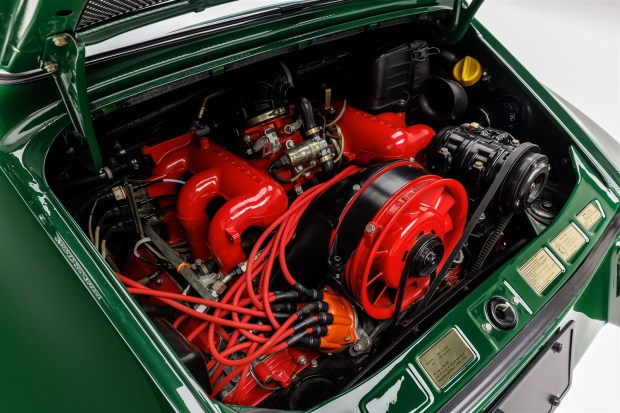 The flat-six was modified under previous ownership, reportedly with an increase in displacement to 3.4 liters and the installation of a twin-plug ignition system, 993-specification head studs, an RSR-specification distributor, tubular headers, Clewett Engineering spark plug wires, and a 993-specification crankshaft, camshafts, and connecting rods. 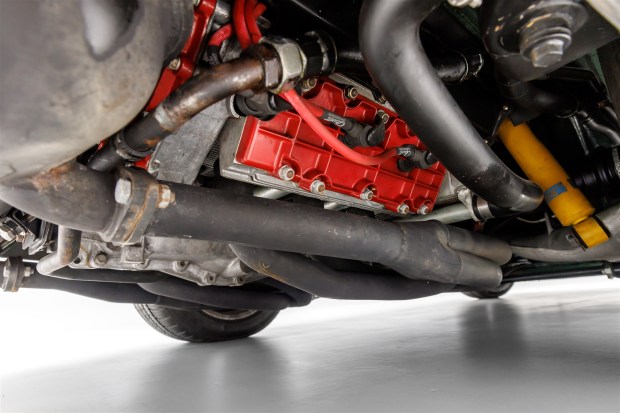 Power is sent to the rear wheels through a Type 915 five-speed manual transaxle. Additional underside photos are provided in the gallery below. 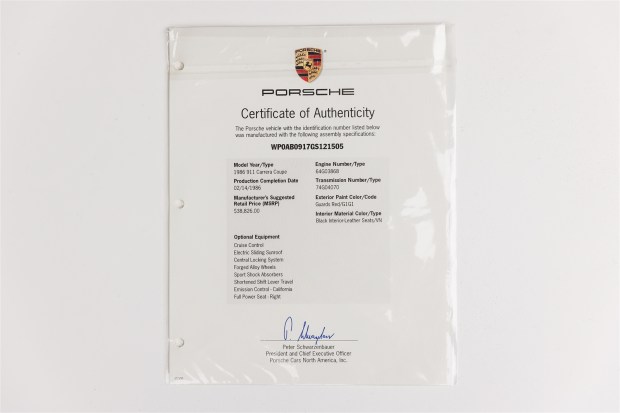 The Porsche Certificate of Authenticity lists factory options and colors as well as a production completion date of February 14th, 1986. Service records dating back to 1997, manufacturer’s literature, spare keys, and a spare tartan seat pad are also included in the sale.

The Carfax report shows no accidents or other damage and lists history in California, Mississippi, Tennessee, Georgia, Florida, British Columbia, and Ohio from its first entry in November 1995.