This 1981 Porsche 911SC Targa was acquired by the seller in 2017, and subsequent work is said to include repairing the air conditioning, and replacing the catalytic converter, valve cover gasket, axles, front wheel bearings, tires, injector seals, battery, spark plugs and wires. The flat-six was modified under prior ownership to displace 3.2 liters and fitted with twin-plug ignition. Shifting is through a five-speed manual transmission, and additional equipment includes a limited-slip differential, 16″ Fuchs-style wheels, revised suspension components, a removable roof panel, and Euro-style headlights in addition to sport seats trimmed in Cadbury Brown leather, a Nardi steering wheel, and power windows. This 911SC Targa is now offered at no reserve with partial service records, a spare Blaupunkt cassette stereo, and a clean Colorado title in the seller’s name. 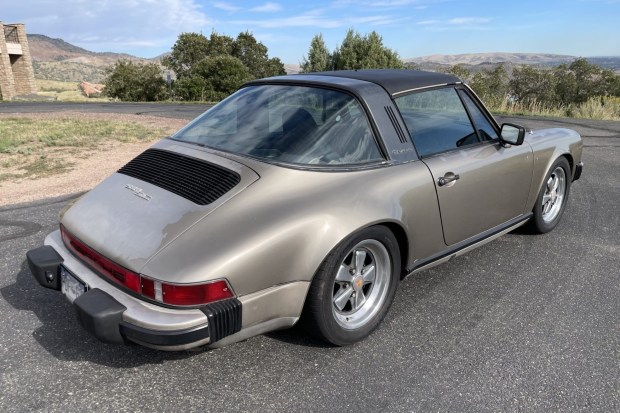 The car is finished in Platinum Metallic and features a removable Targa roof panel, a black Targa bar, fog lights, dual side mirrors, rear bumperettes, and Euro-style headlights. The windshield was reportedly replaced in July 2022. Blemishes and clearcoat peeling are present around the body. A March 2003 entry on the Carfax report notes an accident with no other information provided. 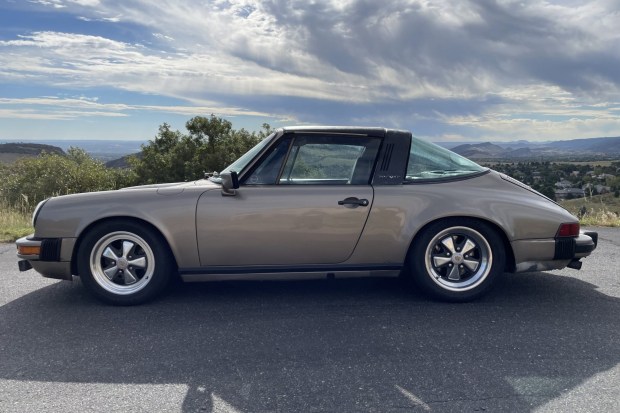 Staggered-width 16″ Fuchs-style wheels wear 205/55 front and 225/50 rear Continental ExtremeContact tires that were reportedly mounted in December 2017, and a space-saver spare is stored in the front trunk. Stopping power is provided by four-wheel disc brakes. The suspension has been lowered and features Bilstein shocks, an anti-sway bar, and a Rennline strut tower brace. Work performed under current ownership reportedly included replacing the front wheel bearings and axles. 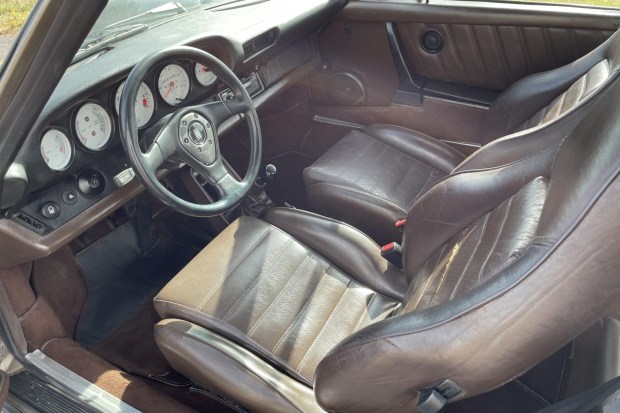 The cabin features sport seats upholstered in Cadbury Brown leather that shows wear. The CD stereo does not work. A Blaupunkt cassette stereo is included in the sale. 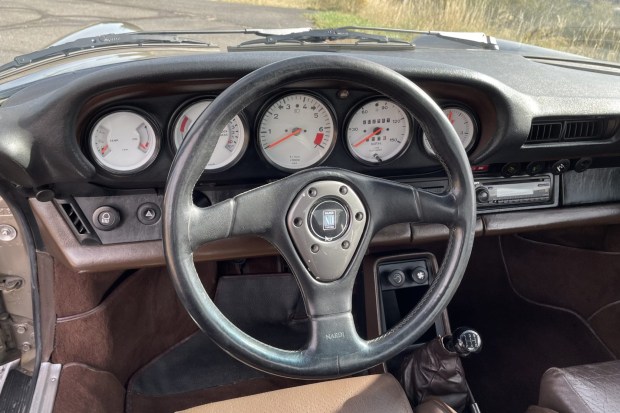 The leather-wrapped Nardi steering wheel frames replacement white-dial instrumentation including a central tachometer, a 150-mph speedometer, and auxiliary gauges. The six-digit mechanical odometer shows 203k miles, and the seller reports having added approximately 2k miles under current ownership. A potential odometer rollback is noted in an August 1995 entry on the Carfax report. The total mileage is unknown. 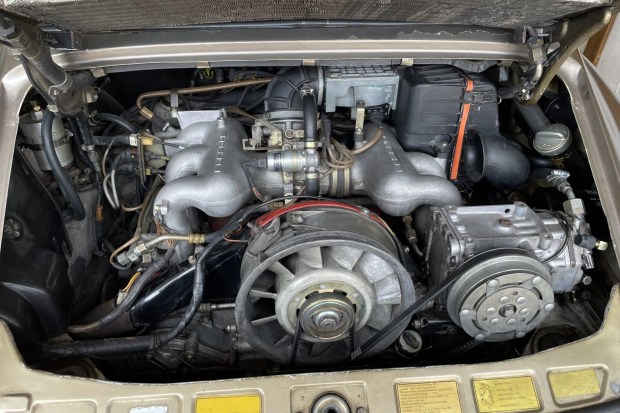 The 3.0-liter flat-six is said to have been modified under previous ownership to displace 3.2-liters and fitted with replacement cylinders and pistons as well as twin-plug heads and ignition, intake assembly, fuel rails and injectors, a revised camshaft, air filter, and fuel filter. Work performed since 2017 reportedly included the replacement valve cover gasket, main oil line, catalytic converter, and oxygen sensor as well as the timing chain cover seals, injector seals, and spark plugs and wires. The air conditioning system was repaired and recharged, and the battery was replaced in preparation for the sale. The seller notes oil seepage. 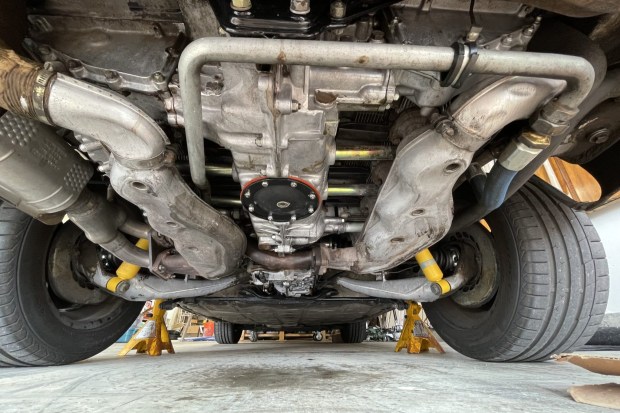 Power is sent to the rear wheels through a Type 915 five-speed manual transaxle and a limited-slip differential.

The Carfax report shows the aforementioned damage report and potential odometer rollback as well as history in California, Arizona, New Mexico, and Colorado. Reporting is displayed from April 1991 through the most recent entry in September 2017.