This 2002 Porsche 911 GT2 is a Canadian-market example that was first registered in Quebec and spent time in Alberta before it was acquired by the seller in 2017 in British Columbia. The car is finished in black over matching leather upholstery and is powered by a twin-turbocharged 3.6L flat-six mated to a six-speed manual transaxle and a limited-slip differential. Equipment includes 18″ Turbo Twist wheels, a TechArt body kit, bi-xenon headlights, a fixed rear wing, GT3 Clubsport bucket seats with Schroth harnesses, a Tequipment roll bar, an aftermarket ECU tune, and a Pioneer touchscreen stereo linked to a custom sound system. The engine was overhauled and coolant lines were pinned in 2016, and work in June 2022 consisted of replacing the battery, flushing the brake fluid, and installing CSF Race radiators. This GT2 has 39k kilometers (~24k miles) and is now offered in Canada with removed factory parts, an additional set of wheels and tires, an owner’s manual, partial service records, a Carfax report, and a British Columbia registration in the seller’s name. 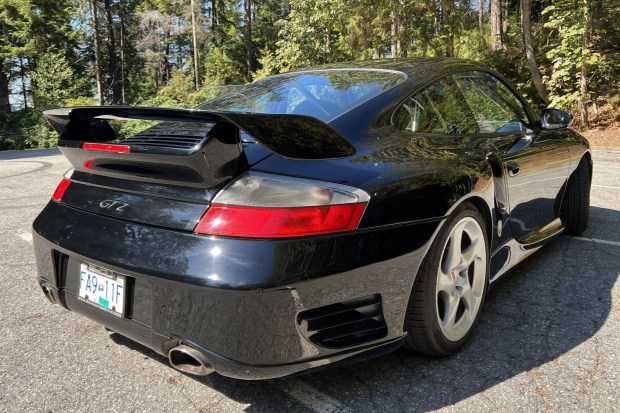 The GT2 features a fixed rear wing in addition to enlarged air intakes and heat extractors for the car’s twin turbochargers. This example is finished in black (A1), and exterior details include bi-xenon headlights, TechArt bumpers and side skirts, clear side markers, and dual exhaust outlets. The Carfax report shows accident damage to the vehicle in May 2006 with a claim amount of CAD 98,984, and the seller states that the left side of the car was damaged. Stone chips are present on the front fascia, and the lower portion of the front bumper cover near the splitter has paint cracks. 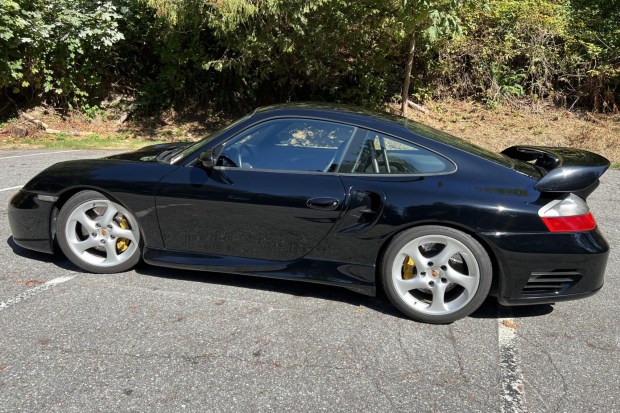 Staggered-width 18″ Turbo Twist wheels with Porsche-crest center caps are wrapped in Pirelli P Zero Rosso tires. The GT2 weighed approximately 220 pounds less than the contemporary Turbo and was equipped with adjustable suspension components as well as stiffer springs and stabilizer bars. GT3 Cup toe links and locking plates have been added, and cross-drilled steel brake rotors have been installed in place of the factory carbon-ceramic units. The car is also equipped with Ferodo brake pads and Goodridge stainless brake lines. Records show that the left rear suspension links, axle, fender liner, and sway bar mounting were replaced in 2006 due to collision damage. The suspension tuning set up report is also provided. 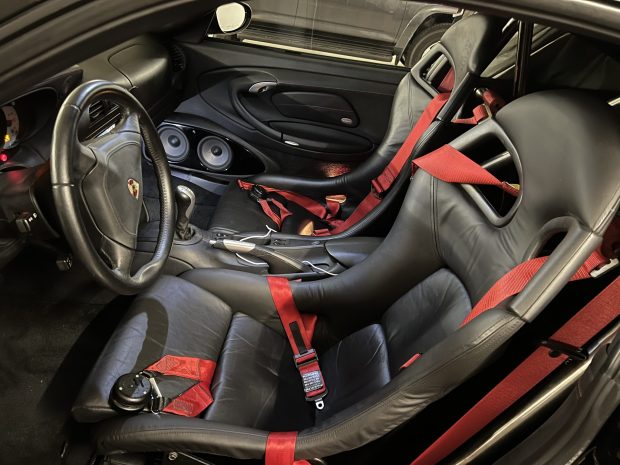 The cabin features GT3 Clubsport bucket seats with pass-throughs for Schroth harnesses, and the passenger headrest features an embossed Porsche crest. The driver’s seat is mounted to a lowered seat bracket, and additional amenities include Guards Red factory seat belts, a 997 shifter, GT2-branded door sill plates, and automatic climate control. A Tequipment roll bar and Rennline pedals are installed along with a Pioneer touchscreen stereo supporting Apple CarPlay connected to aftermarket speakers in the dashboard and door panels. 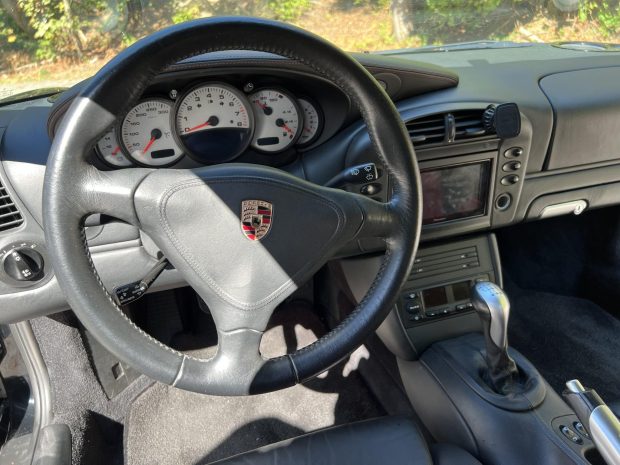 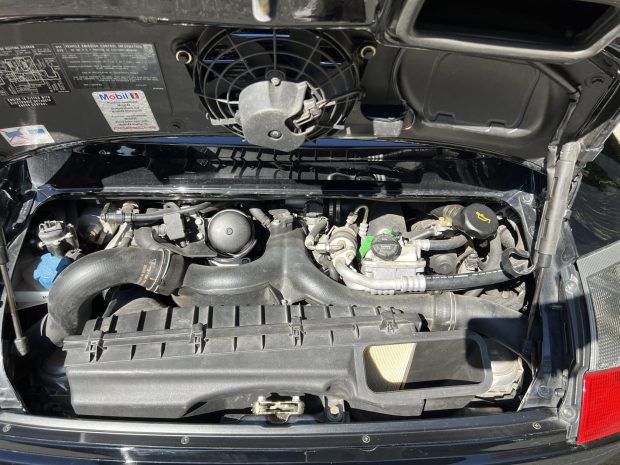 The twin-turbocharged Mezger 3.6-liter flat-six was removed in 2016 to pin the coolant lines and replace the intermediate shaft assembly, timing chains, main bearings, and rod bearings in addition to the water pump and clutch disc. The seller notes an aftermarket ECU tune has been added. Work in June 2022 consisted of performing an oil change, installing CSF Race radiators, and replacing the battery, air filter, and hood struts. 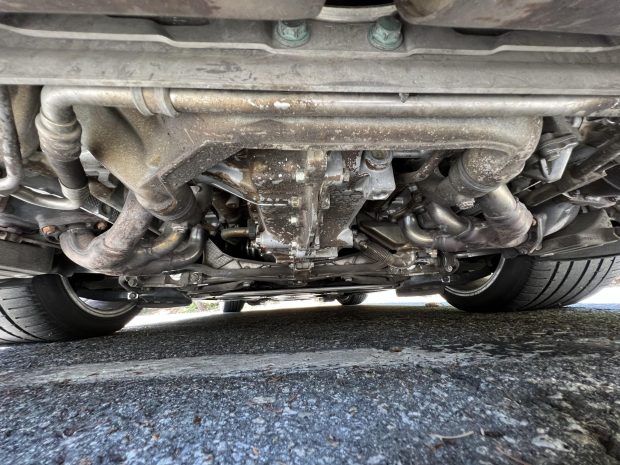 Power is delivered to the rear wheels through a six-speed manual transaxle with a limited-slip differential.  Additional photos of the underside are provided in the image gallery. 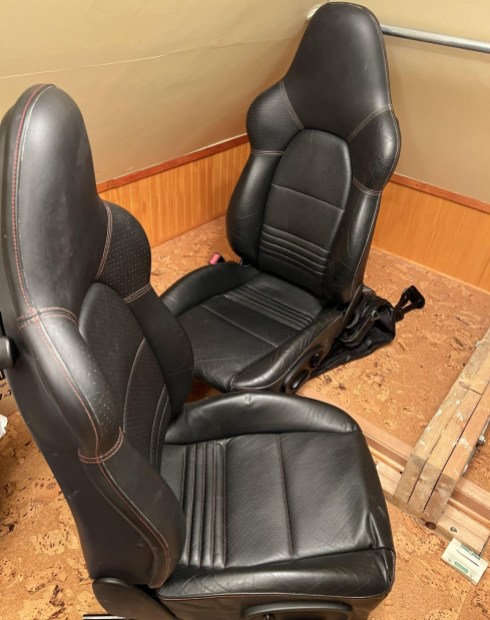 The removed factory seats, carbon-ceramic rotors, and suspension components are included in the sale along with an additional set of Porsche Turbo twist wheels and tires, a car cover, an owner’s manual, two sets of keys, and partial service records.

The Carfax report shows the aforementioned accident damage claim in May 2006 and lists history in Quebec, Alberta, and British Columbia.