This 2001 Porsche 911 Turbo coupe is powered by a twin-turbocharged 3.6L flat-six that drives all four wheels via a five-speed Tiptronic automatic transaxle. The car is finished in Midnight Blue Metallic and is equipped with a GT2-style body kit as well as a carbon-fiber front hood, 18″ Turbo Twist wheels, xenon headlights, a sunroof, automatic climate control, a Porsche CR-220 stereo, ParkAssist, an Arctic Silver interior package, and sport seats upholstered in two-tone leather. The car has spent its life in Oregon and California, and it now has 23k miles following its recent acquisition by the selling dealer. This 996 Turbo coupe is offered by the selling dealer in Arizona with one key, a clean Carfax report, and a clean California title. 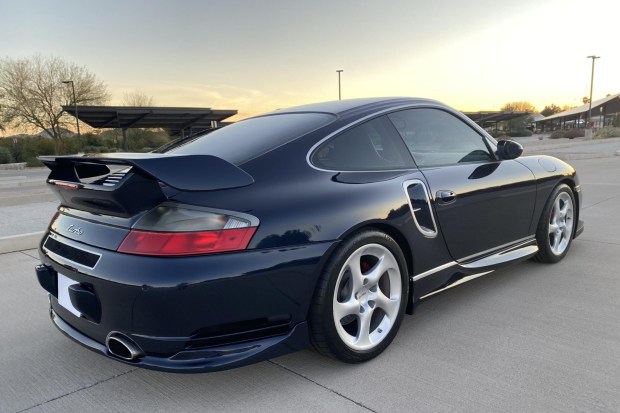 The car is finished in Midnight Blue Metallic with silver-accented GT2-style bodywork that includes revisions to the front bumper cover, side skirts, side air vents, rear valance, and spoiler. Other features include a carbon-fiber front hood, tinted windows, a sunroof, xenon headlights, and a rear window wiper. 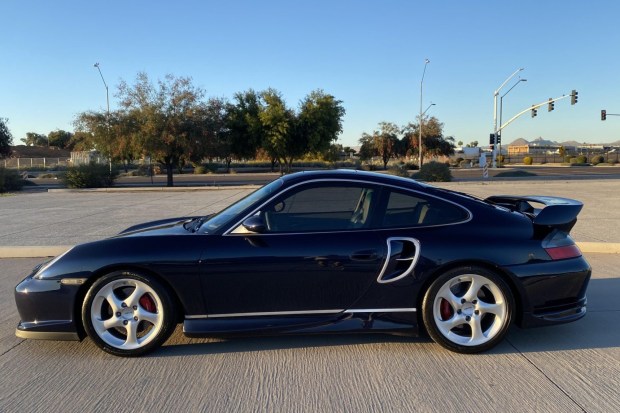 Silver 18″ Turbo Twist wheels are wrapped in Michelin Pilot Sport N4 tires that were reportedly installed in December 2021. The car is equipped with Porsche Stability Management (PSM) and an automatic brake differential. Braking is from red calipers over vented and cross-drilled rotors at all four corners. 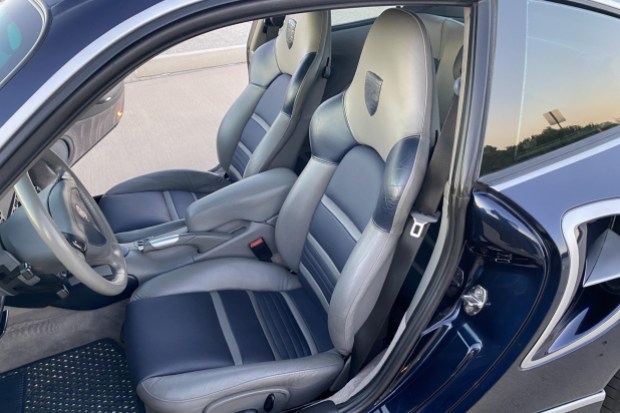 The heated sport seats are upholstered in two-tone leather, and Graphite Gray leather extends to the dashboard and door panels. The cabin features an Arctic Silver package, and fiber mats protect the carpets. The climate controls have been relocated, and a blanking plate was added in their former place. Features include automatic climate control, cruise control, a Porsche CR-220 stereo, ParkAssist, and power accessories. An aftermarket front under-hood pad has been installed. 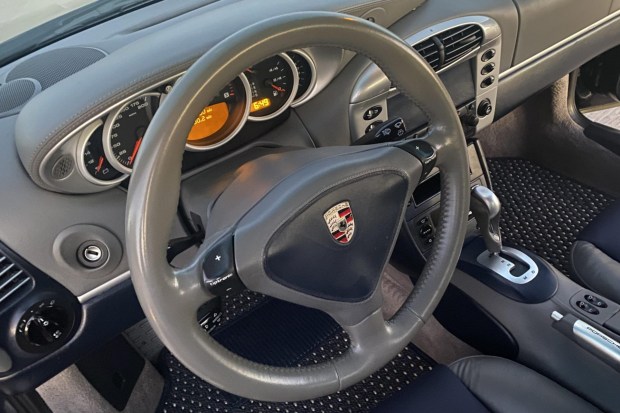 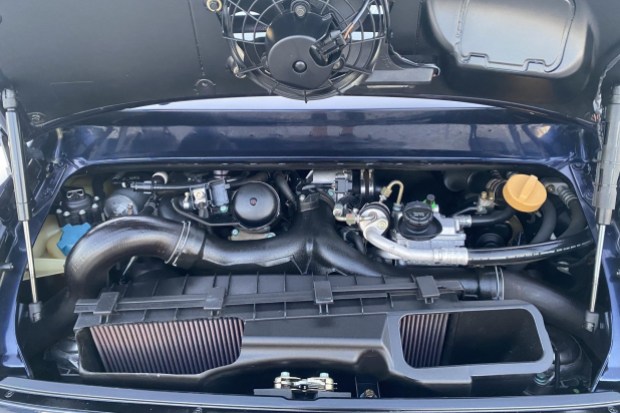 The twin-turbocharged 3.6L flat-six was factory rated at 415 horsepower and 415 lb-ft of torque. An oil change was performed in November 2021, when the fuel filter was reportedly replaced. 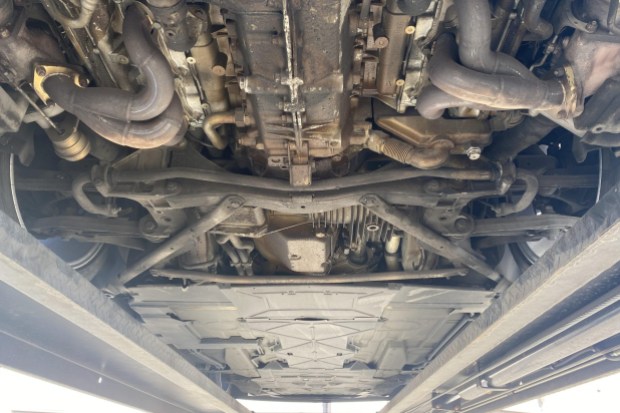 Power is sent to all four wheels through a five-speed Tiptronic automatic transaxle. Additional underbody photographs are shown in the gallery below.

The Carfax report shows no accidents or damage and lists registration history in Oregon and California.