This 1995 Porsche Carrera RS was built to normal factory specification like any other RS, but was treated to a full GT2 Evo conversion in Germany during the late 1990’s before setting a new Nurburgring Nordschleife circuit lap time of 7:46 in 1998. Extensively modified with a wet curb weight barely over 3,000 pounds and a top speed of 210 mph, the car was built using Porsche Motorsport parts like a GT2 Evo engine, the AWD system of a 933 Turbo, RSR fender flares and a full roll cage among much more. Current condition looks sharp with exterior specifications that remain similar to when Horst von Saurma drove it into the history books, and an extensive history file including various magazine features is included. Find it here at Joe Macari Performance Cars in London, England for 274,950 GBP (~$362k USD today). Special thanks to BaT reader Kyle K. for this submission. 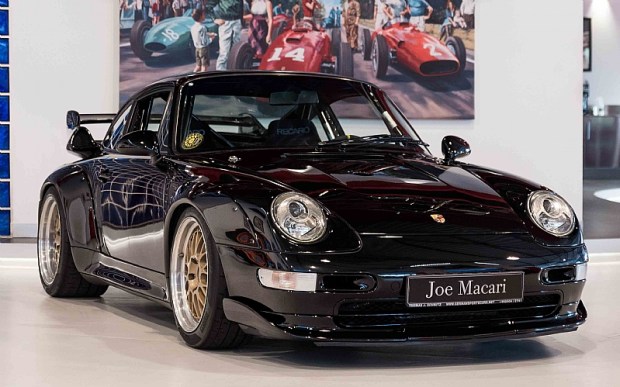 From first glance, various changes in comparison with a standard lightweight RS are visible, like the aforementioned carbon fiber RSR fender flares and front splitter, along with the GT2 wing. Although wheels resemble BBS LMs, they’re actually 18″ Cargraphics wrapped in Pirelli Trofeo R tires, the same rubber mounted on modern offerings by McLaren and Lamborghini. Other modifications include Lexan windows, and ride height is low courtesy of fully-adjustable Bilstein -equipped coilovers. 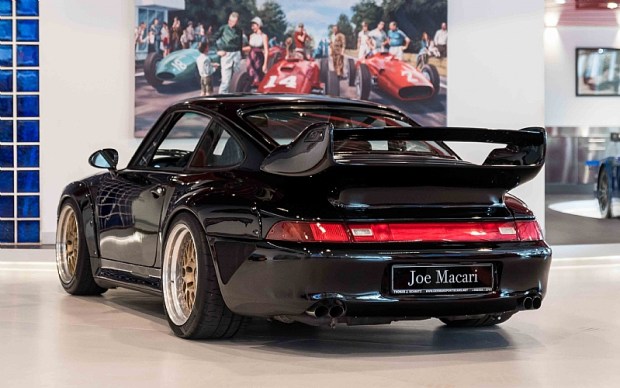 Inside, the cabin has been partially stripped and fitted with a multi-point roll cage. The steering wheel has been swapped, and creature comforts like a stereo and air conditioning are nowhere in sight. Seats are Recaros with Schroth racing harasses. Instrumentation seems stock aside from lettering added by SHK, the original builder of the project, and there are no accommodations for rear passengers. 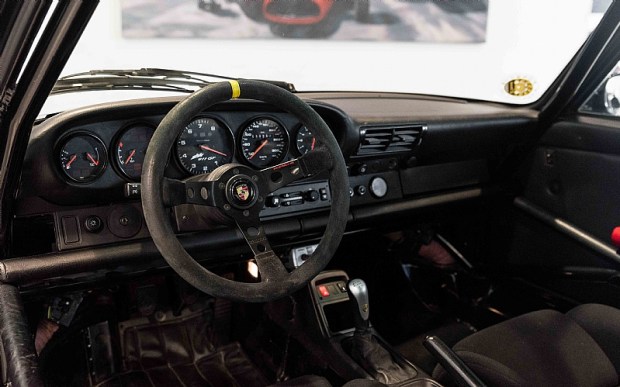 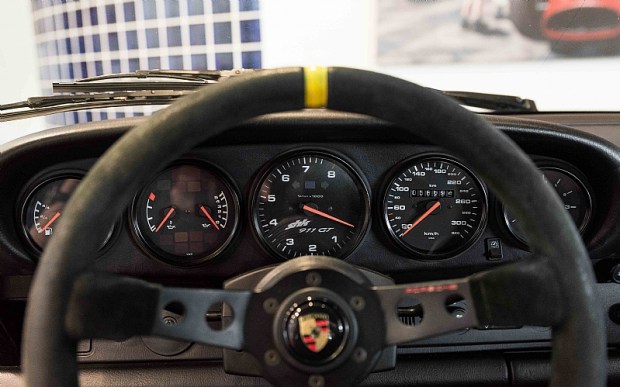 The engine ins’t shown, but the twin-turbo unit is described as a GT2 Evo mill used to break the record lap time has since been replaced with what’s likely a much more streetable 530 hp flat-six. Detailed specs aren’t provided, but it seems like much of the original supporting modifications remain, while an in-depth history file is said to be included. In the 20 years since this 933 set a new Nurburgring record of seven minutes and 46 seconds, billions spent on automotive R&D along with substantial technological advancements have dropped to the current fastest production car lap time roughly one minute to six minutes and 44 seconds, a figure achieved by a Lamborghini Aventador SVJ in 2018–although Porsche recently used their Le Mans-winning 919 race car to complete the circuit in just five minutes and 19 seconds.