This 2008 Porsche 911 Carrera 4S coupe is powered by a 3.8-liter flat-six that drives all four wheels through a six-speed manual transaxle, and it is finished in Cobalt Blue Metallic over Sand Beige leather. Features include the Sport Chrono Package, 19” Turbo wheels, an ECU tune, bi-xenon headlights, a sunroof, a Kenwood infotainment system, a Passport radar and laser detector, heated sport seats, and automatic climate control. The seller acquired the car in March 2015 and has since added approximately 25k of the car’s 46k indicated miles. This 997.1 C4S coupe is now offered with the owner’s manual, floor mats, a car cover, two key fobs, a Porsche Certificate of Authenticity, a Carfax report, and a clean Wisconsin title in the seller’s name. 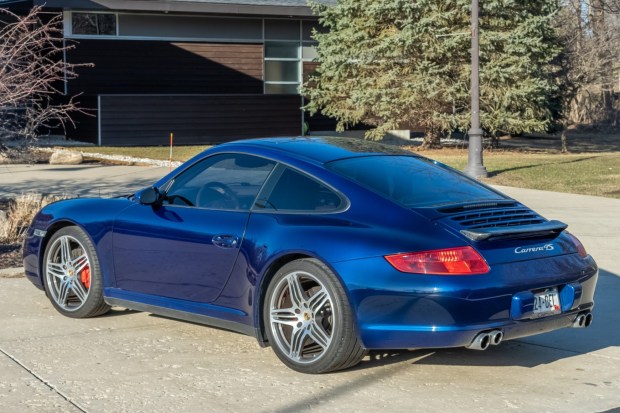 The car was finished from the factory in Macadamia Metallic but has been refinished in Cobalt Blue Metallic, and it features an aftermarket carbon-fiber rear spoiler. Windstorm damage resulted in repairing a dent in the right-front quarter panel and replacing the right headlight. The Carfax report lists “minor damage” to the nose in July 2020, and the seller states that the front bumper was replaced following an incident involving a raccoon. Clear paint-protection film has been applied to the nose, mirror caps, and rear wheel arches. 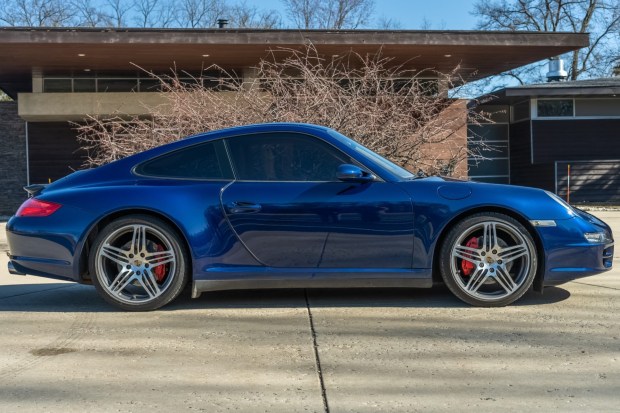 The 19” Turbo wheels are wrapped in Bridgestone Potenza RE-050A tires that were reportedly installed in 2020, and the seller recommends replacing the rear tires. Braking is handled by Porsche-branded four-piston calipers over 13″ cross-drilled and vented rotors. The car features a MacPherson strut front suspension with a multi-link LSA rear setup as well as front and rear stabilizer bars. The seller notes window tint applied to the side  and rear glass. 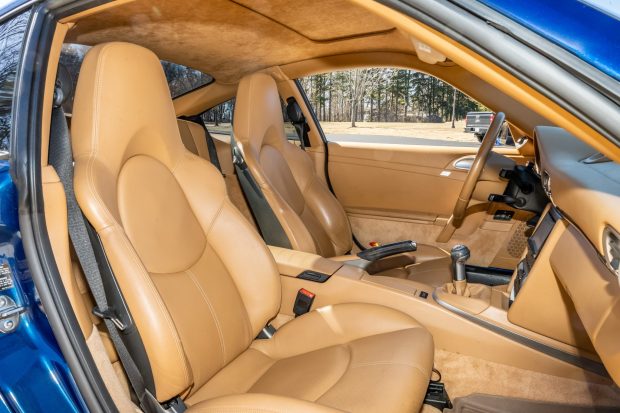 The heated sport seats are 14-way adjustable and are upholstered in Sand Beige leather. Interior amenities include the Bose High End Sound Package, automatic climate control, cruise control, a carbon fiber interior trim package. WeatherTech floor mats have been installed along with a Kenwood infotainment system with satellite radio and a backup camera. A Passport 9500ci radar and laser detector has also been fitted. A crack is noted on the carbon-fiber cupholder trim. 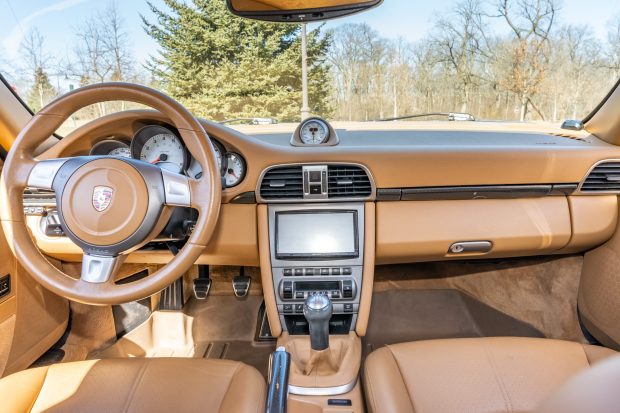 The leather-wrapped steering wheel frames a central tachometer and a 200-mph speedometer as well as gauges for oil temperature, oil pressure, coolant temperature, and fuel level. The optional Sport Chrono Package added a stopwatch atop the dashboard. The digital odometer indicates 46k miles, approximately 25k of which were added under current ownership. 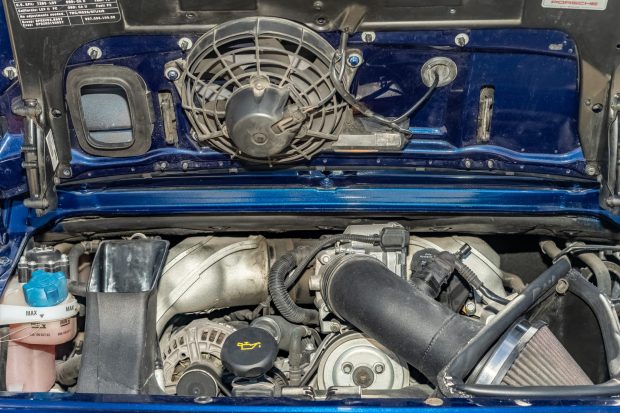 The 3.8-liter flat-six features VarioCam Plus variable valve timing, and it has been modified with an Evolution Motorsports Stage 1 kit that includes an intake and an ECU tune. An oil change was performed within the last 7k miles, and the battery was reportedly replaced in 2021. The battery cover is missing. 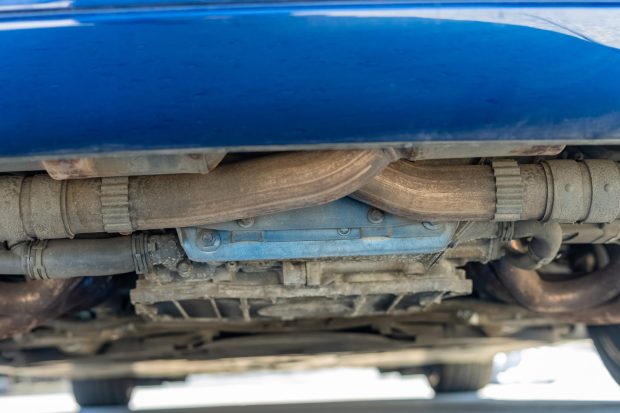 Power is routed to all four wheels via a six-speed manual transaxle. Additional underbody photographs are shown in the gallery below. 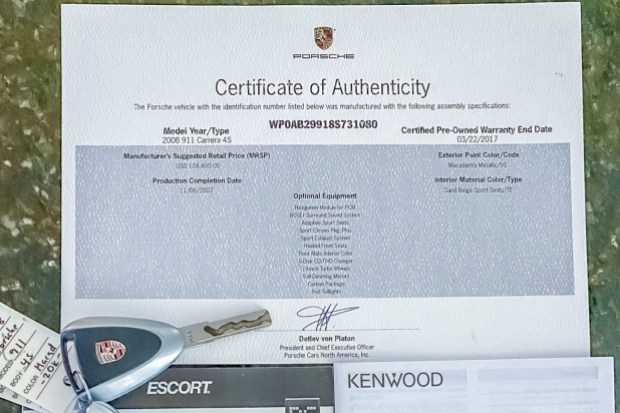 The Porsche Certificate of Authenticity lists factory colors, equipment, and a production completion date of November 6, 2007.

The Carfax report shows the aforementioned “minor damage” as well as registration history in Illinois and Wisconsin.