This 1990 Porsche 911 Carrera 2 coupe was modified under previous ownership, the process of which included installing a 993-specification VarioRam 3.6L M64 flat-six and six-speed manual transaxle, as well as a 996 Cup car differential. The car is finished in white over a black interior, and additional modifications are said to include 18″ Speedline wheels, Bilstein coilover suspension, a Carrera tail rear spoiler, Recaro bucket seats, RS-style door panels, a MOMO steering wheel, a DAS Sport bolt-in roll cage, and upgraded brakes and sway bars. Acquired by the current owner in February 2015, this 964 C2 coupe is now offered by the seller on behalf of the current owner with a car cover, manufacturer’s literature, a tool kit, a January 2022 inspection, and a clean Colorado title in the owner’s name. 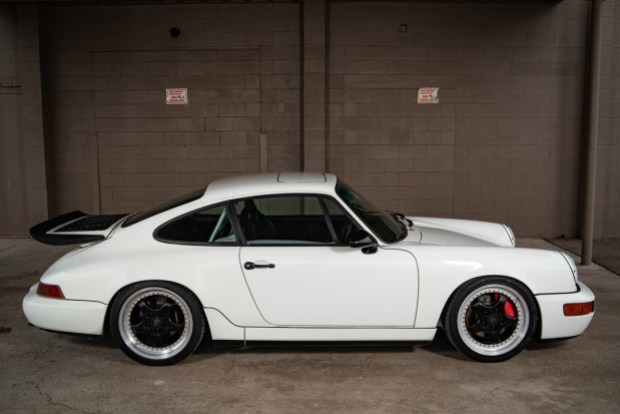 The car was reportedly partially refinished in white in 2014, and exterior details include an electric sunroof, air inlets in place of the factory fog lights, and an RS-style engine lid with a Carrera tail spoiler. The January 2022 inspection performed by Eurosport Automotive in Arvada, Colorado, noted cracks on the rear spoiler and damage on the left-front corner of the front bumper. The seller notes stone chips on the nose. 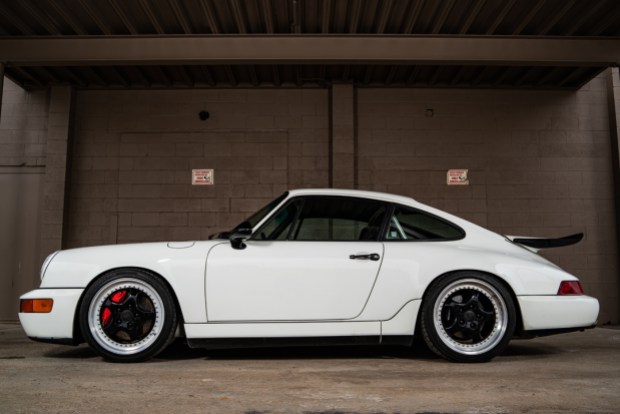 The multipiece 18″ Speedline wheels feature black spokes and polished lips are wrapped in Bridgestone Potenza RE970AS Pole Position tires measuring 235/40 up front and 265/35 out back. Braking is handled by cross-drilled four-wheel discs paired with upgraded red-finished front calipers and 964 C4-specification black-finished rear calipers. The suspension is said to be modified with Bilstein B16 PSS9 coilovers and 964 RS America-specification front and rear sway bars. The 2022 inspection notes bypassed brake pad wear sensors and that the inner sections of the front tires rub when turning sharply. 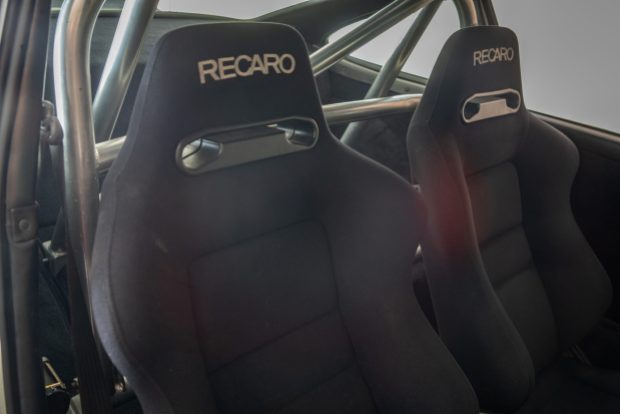 The Recaro bucket seats are upholstered in black cloth, and the rear seats have been removed to accommodate the DAS Sport bolt-in roll cage. Additional interior modifications include RS-style door panels and a Rennline pedal kit. A stereo block-off plate is fitted, and the horn, sunroof, and power mirrors do not work. The air-conditioning system belt, as well as the heater ducting, have been removed. 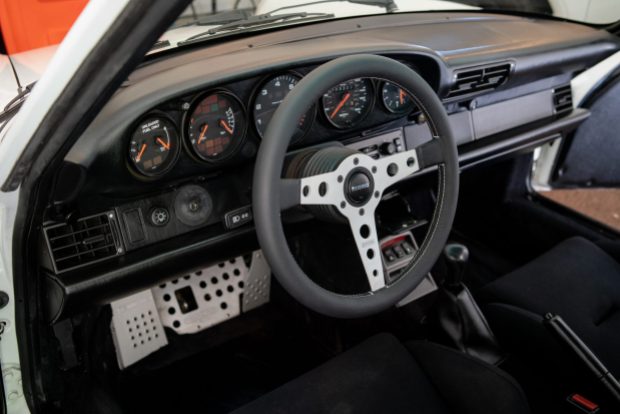 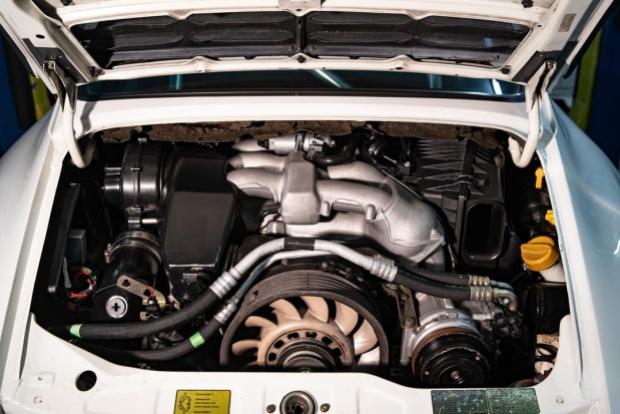 The seller reports that the 993-specification VarioRam 3.6L M64 flat-six was rebuilt and resealed prior to installation in 2014, at which point a 993-specification exhaust system with catalytic converters was also fitted. Eurosport Automotive’s January 2022 inspection noted a drooping engine insulation pad, missing relay covers, and oil leaks from the lower valve cover, timing chain housings, and right-front oil cooler. The car most recently passed a Colorado emissions inspection in July 2021. 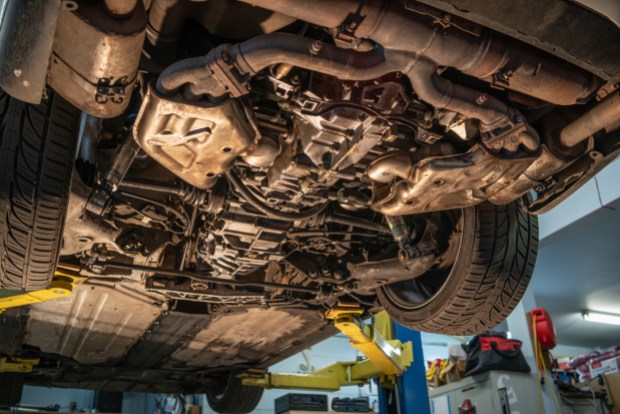 Power is sent to the rear wheels via a 993-specification six-speed manual transaxle and a 996 Cup car differential. The 2022 inspection report noted a clicking noise from the drivetrain when engaging the clutch.

The Carfax report shows no accidents or other damage and lists registration history in Colorado from its first entry in April 1995. The report notes a Not Actual Mileage title issued by the state of Colorado in May 1996 and lists a mileage inconsistency in April 2017.