This 2015 Porsche 911 GT3 Cup is said to have competed in IMSA Porsche GT3 Cup Challenge and Pirelli GT3 Cup Trophy USA races from 2015 to 2017 before being acquired by the seller in 2019 and subsequently raced in Challenge Series events. The car is powered by a 3.8-liter flat-six paired with a six-speed sequential gearbox and is finished in silver, red, and black vinyl racing livery over a stripped cockpit. Equipment includes carbon-fiber reinforced body panels, an air jack system, a Recaro seat, a full roll cage, fire suppression, and a Cool Shirt box. Service under current ownership has included overhauling the transaxle and replacing the clutch and flywheel as well as the fuel pump assembly, fuel cell foam, windshield, and brake discs. This 991.1 GT3 Cup is now offered in Arizona with three sets of wheels, service records, spare parts, technical manuals, and an Arizona bill of sale. 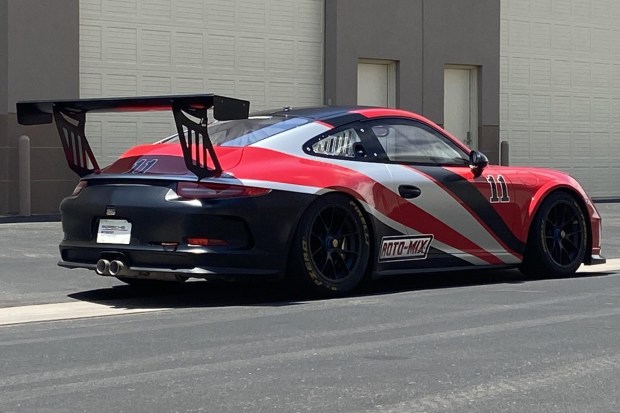 The  GT3 Cup featured a carbon-fiber-reinforced plastic engine lid, doors, and rear wing in addition to a front splitter, polycarbonate side and rear windows, xenon headlights, and LED taillights. This example is finished in silver, red, and black, and the vinyl wrap is said to have been installed in 2019. The windshield was replaced in 2020, and the right front fender is said to have been replaced under current ownership. 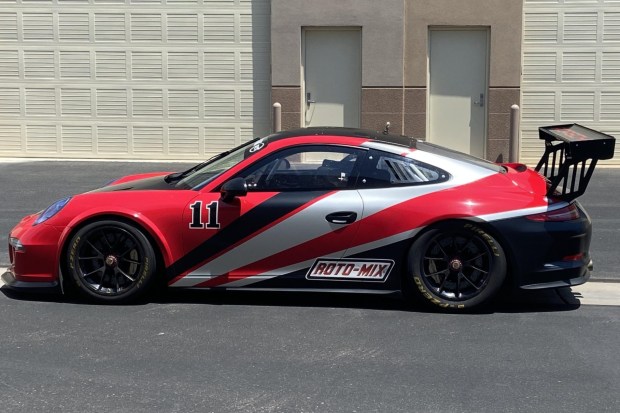 Center-lock 18″ wheels are finished in black and mounted with Pirelli P Zero racing tires sized 285/645 up front and 325/705 out back. Two spare sets of wheels and tires are included in the sale. The brake rotors were replaced in 2021, and a spare set of brake pads will accompany the car. The car is equipped with an air jack system and a nitrogen tank and charging wand are included in the sale. 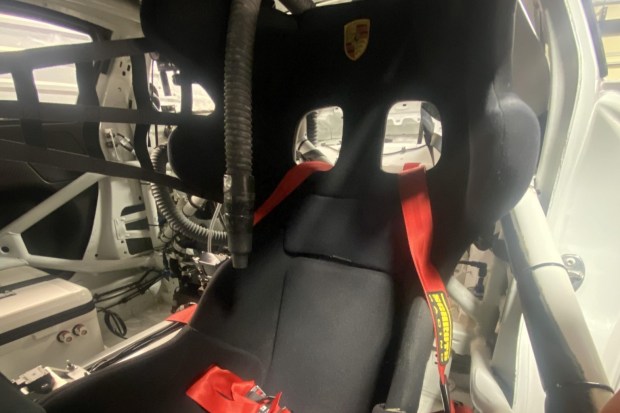 The stripped cockpit features a single Recaro racing seat with a Porsche crest embroidered on the headrest along with a Schroth six-point harness, a weld-in FIA roll cage, a fire suppression system, a Cool Shirt box, an AiM Smarty Cam, a helmet ventilation system, and a quick-release steering wheel. Instrumentation includes an LCD screen, and the seller notes that approximately 4k kilometers have been added under current ownership. 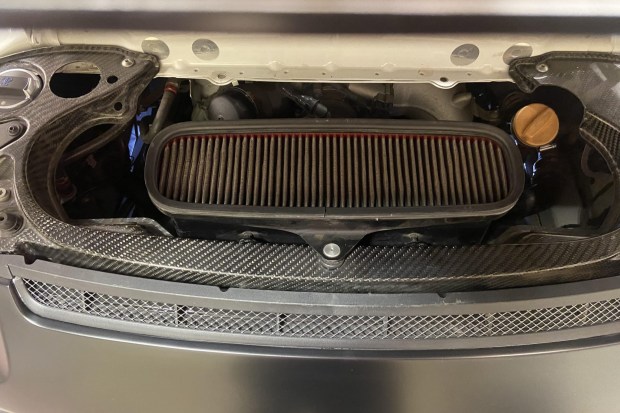 The 3.8-liter flat-six was rated at 460 horsepower when new and is said to have approximately 46 hours of running time since an engine rebuild under prior ownership. Service in May 2021 included replacing the fuel pump assembly and the fuel cell foam as well as the battery. 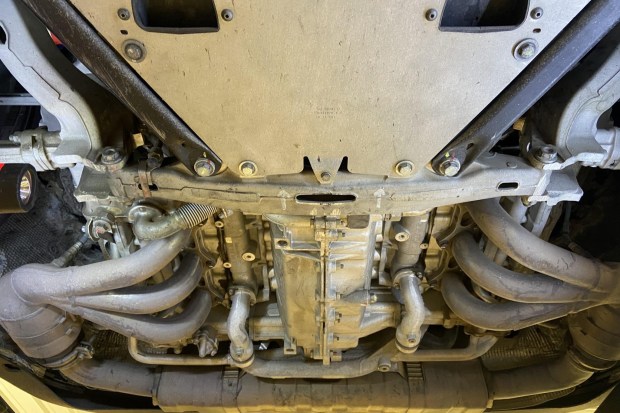 Power is sent to the rear wheels through a six-speed sequential gearbox and a limited-slip differential. The transaxle was overhauled and the flywheel, clutch assembly, and heat exchangers were replaced in 2020 by Race Technik of Mesa, Arizona. 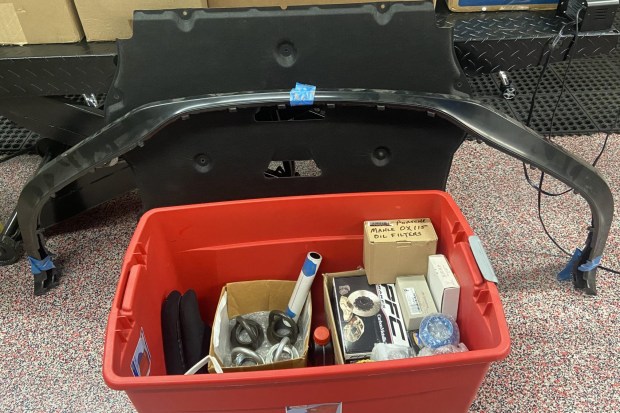 Two removed sets of wheels and tires, spare wheel nuts, a removed front splitter, a nitrogen tank and charging wand, and spare parts are included in the sale along with printed and electronic service records.