This 2007 Porsche 911 GT3 is powered by a 3.6-liter flat-six mated with a six-speed manual transaxle and a limited-slip differential, and it is finished in Carrara White over black leather and Alcantara. The car spent time in several states prior to the owner’s acquisition in July 2018, and subsequent work has reportedly included installing an aftermarket ECU tune, and downpipes as well as replacing the rear main seal and pinning the coolant pipes. Equipment includes 19″ black-finished alloy wheels, a sunroof, a fixed rear wing, a roll cage, automatic climate control, cruise control, and a CD stereo. This 997.1 GT3 has 53k miles and is now offered by the seller on behalf of the owner with service records, spare parts, a clean Carfax report, and a clean Illinois title in the owner’s name. 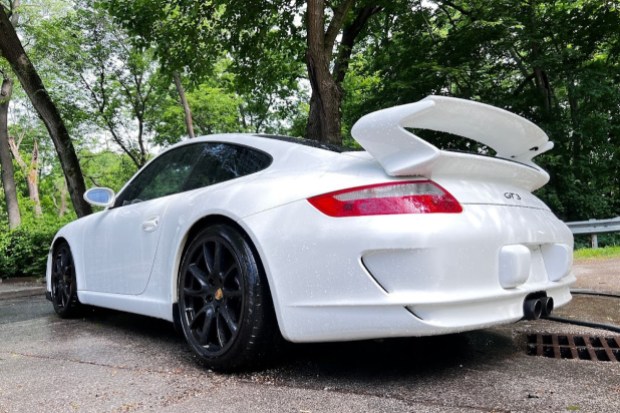 The 997.1 GT3 is distinguished from contemporary 911 Carrera models by its aluminum front trunk lid and doors, revised front and rear fascias, a fixed rear wing, and center-exit exhaust outlets. This example is finished in Carrara White and features headlight washers, a sunroof, LED taillights, tinted windows, a front tow hook, and fog lights. The seller notes that the front and rear bumper covers have been refinished and that the windshield was replaced under current ownership. There are scrapes on the front lip spoiler, and a replacement unit is included in the sale, according to the seller.  A paint-protection film reportedly covers the front bumper, side mirrors, and half of the hood. 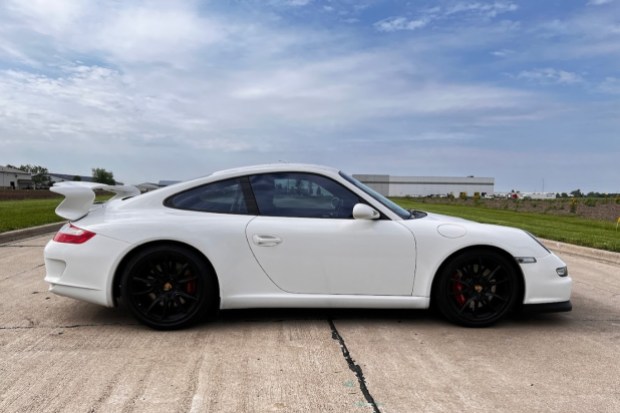 Black-finished 19″ alloy wheels are mounted with Continental Extreme Contact tires that were mounted in 2021. Braking is handled by Porsche-branded six-piston front and four-piston rear calipers over 13.8″ rotors. The car features a MacPherson strut front suspension with a multi-link LSA rear setup as well as Porsche Active Stability Management and front and rear stabilizer bars. Recent work since April 2021 is said to have included flushing the brake fluid and replacing the brake rotors, pads, and wheel bearings in addition to the front toe arm, and lower control arms. 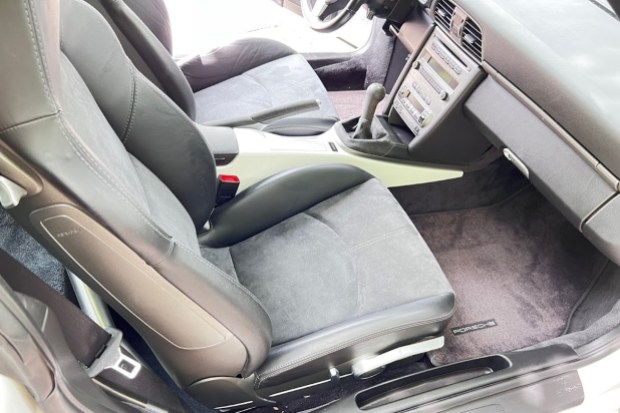 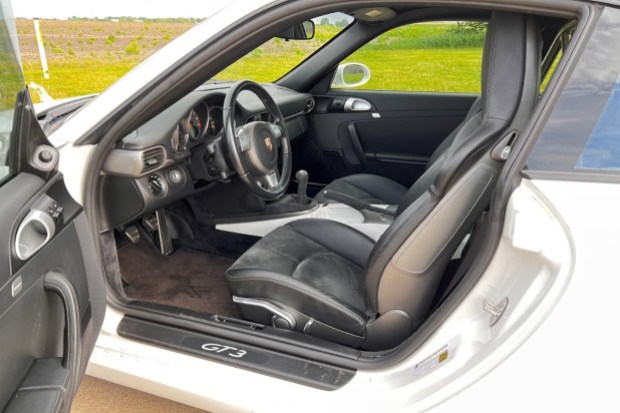 The leather-wrapped steering wheel frames a central GT3-branded tachometer with an 8,400-rpm redline, a 225-mph speedometer, and gauges for coolant temperature, oil temperature, oil pressure, and fuel level. The digital odometer indicates 53k miles, approximately 19k of which were added under current ownership. 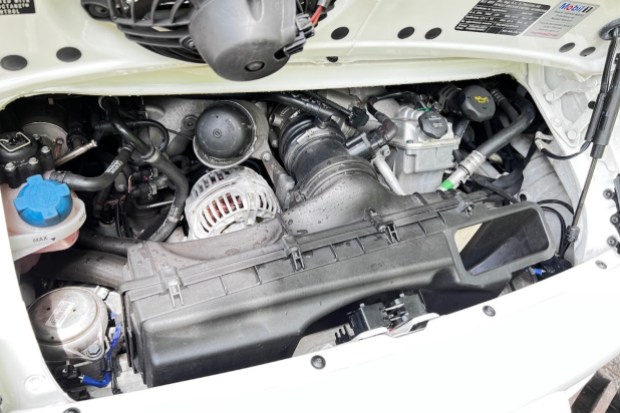 The 3.6-liter Mezger flat-six features VarioCam variable valve timing as well as titanium connecting rods and dry-sump lubrication. Modifications reportedly consist of an ECU tune and aftermarket downpipes. According to the seller, the rear main seal was replaced in August 2018, and the coolant pipes were pinned in June 2021. 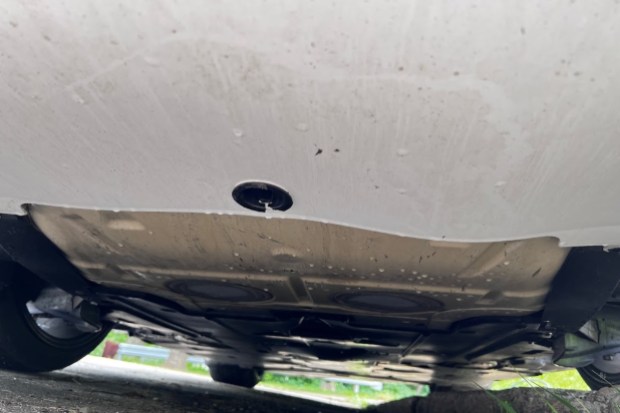 Power is sent to the rear wheels through a six-speed manual transaxle and a limited-slip differential. The transmission reportedly underwent a service in May 2019.

The Carfax report shows no accidents or other damage and lists history in Alabama, Illinois, and Ohio.