This 2004 Porsche 911 Carrera is #0478 of 1,963 40th Anniversary coupes produced and is finished in GT Silver Metallic over dark gray Natural leather. It is powered by a 3.6-liter flat-six paired with a six-speed manual transaxle, and 40th Anniversary Edition models were fitted with both the X51 Powerkit and a limited-slip differential. Additional equipment includes a sports suspension, 18″ Carrera II wheels, xenon headlights, integrated fog lights, a sunroof, heated and power-adjustable front seats, Porsche Classic Communication Management Plus, a Bose sound system, and automatic climate control. The car was acquired by the seller on BaT in 2018, and it was previously listed by them on BaT in September 2020 and now has 62k miles. This 40th Anniversary 996 is now offered with a factory luggage set with a matching wallet and key pouch, a window sticker, removed factory components, manufacturer’s literature, service records, a tool kit, multiple keys, a clean Carfax report, and a clean Minnesota title in the seller’s name. 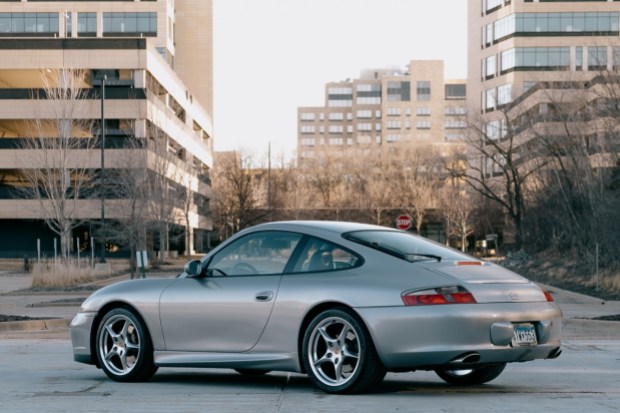 All 40th Anniversary coupes were finished in GT Silver Metallic and equipped with a Turbo-style front bumper with enlarged cooling ducts, Aerokit side skirts, and specific rear badging as well as a sunroof, an automatically deploying rear spoiler, xenon headlights, headlight washers, integrated fog lights, a rear window wiper, and polished exhaust outlets. The seller believes the left door was replaced during prior ownership, and both it and the left-rear quarter were refinished. The front bumper was refinished to correct cosmetic flaws in 2019, and paint correction was performed in 2022. Close-up photos are provided in the gallery below along with highlighted flaws and images of paint meter readings. 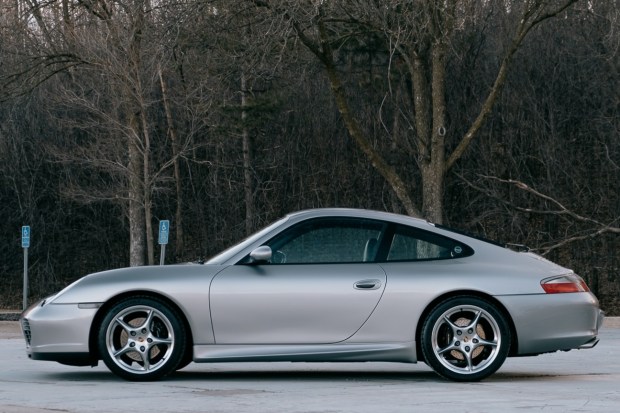 18″ Carrera II wheels with full-color Porsche-crest center caps are wrapped in Michelin Pilot Sport 4 tires measuring 225/40 up front and 295/30 out back. Following the previous auction, the factory wheels and suspension components were reinstalled; the tires were replaced in March 2022, and an alignment was performed in April 2022. PowerFlex suspension bushings have also been installed. 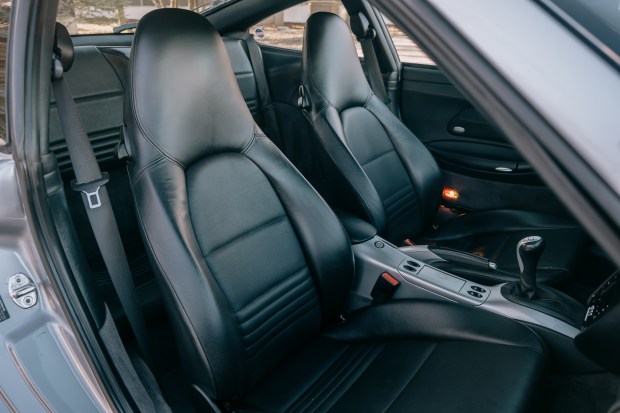 The cabin features power-adjustable and heated front seats upholstered in dark gray Natural leather, and matching leather extends to the dashboard and door panels. Features include a GT Silver Metallic-painted center console, a Porsche Classic Communication Management Plus system, automatic climate control, and cruise control. The removed factory stereo, CD changer, and CD storage unit are included in the sale. A 997-specification short shifter has been added, the driver’s door microswitch was replaced in April 2018, and the pollen filters were replaced in 2022. The removed factory shifter and stereo are included in the sale. 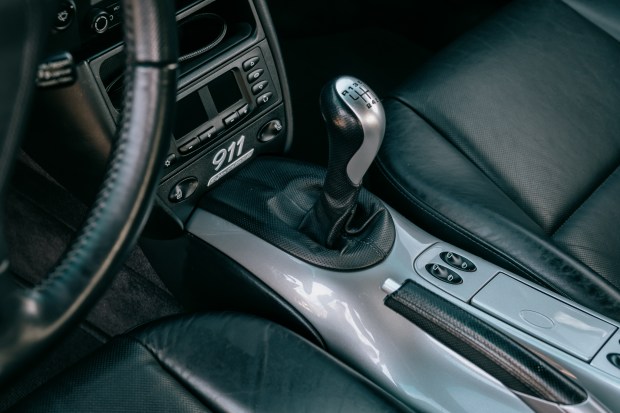 A serialized plaque located on the center console identifies this as #0478 in the 40 Jahre limited edition. 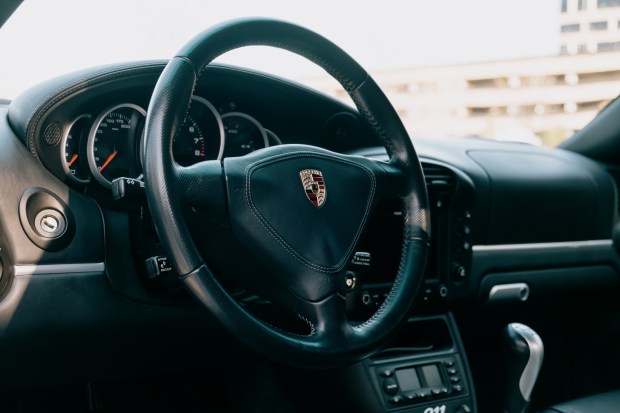 Instrumentation is accented by silver rings, and the digital odometer indicates 62k  miles, approximately 12k of which were added under current ownership. 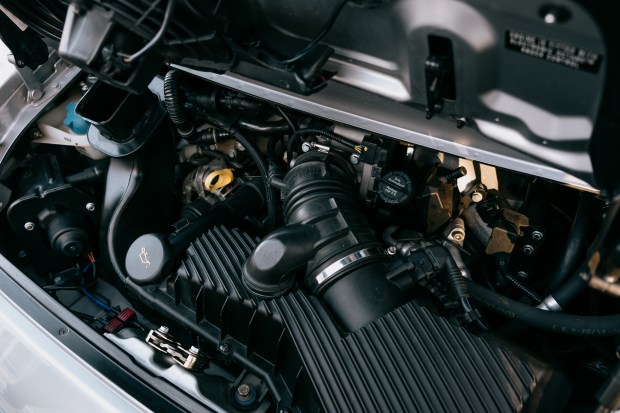 The 3.6-liter M96/03S flat-six is equipped with the X51 Powerkit, which added revised intake and exhaust manifolds, modified camshaft profiles and engine management software, and improved cooling for a factory-rated output of 345 horsepower. The seller notes that the IMS bearing was replaced in January 2017 along with the rear main seal and clutch components, and an LN Engineering low-temperature thermostat has been added. The radiators were replaced in March 2018, and work in 2018 included removing the engine and replacing the following components: 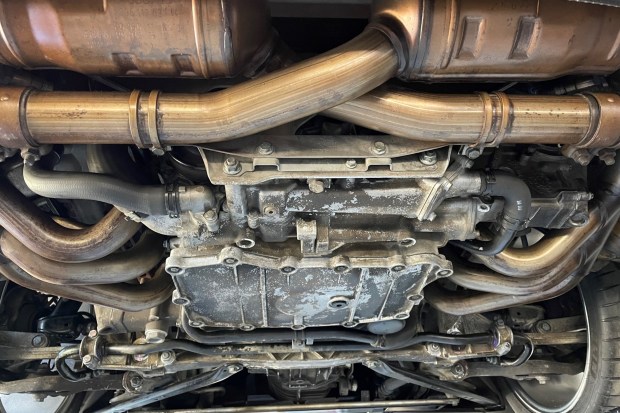 Power is sent to the rear wheels through a six-speed manual transaxle and a limited-slip differential. The oil was most recently changed in 2022, and the exhaust system has been modified with bypass pipes. 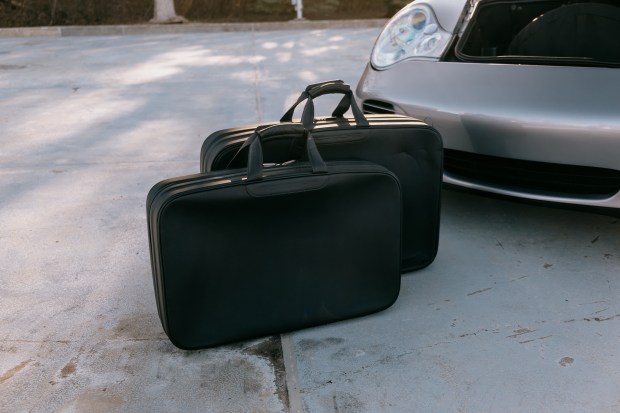 The 40th Anniversary luggage set is included in the sale, along with the matching wallet, key pouch, and poster. Additional parts that are also included are shown in the gallery below, along with a window sticker, a tool kit, multiple keys, service records, and manufacturer’s literature.

The Carfax report shows no accidents or other damage and lists registration history in Oregon, California, and Minnesota.