This 1997 Porsche 911 Carrera S coupe was initially delivered to Beechmont Porsche in Cincinnati, Ohio, and was purchased by the current owner in October 2000. It is powered by a 3.6-liter flat-six paired with a six-speed manual transaxle and is finished in black over black leather. Equipment includes 18″ wheels, the Motor Sound Package, a CD stereo, a power-operated sunroof, cruise control, and air conditioning. Work since 2019 included the replacement of the hood and trunk struts. This 993 C2S shows 65k miles and is now offered on dealer consignment with a tool kit, a window sticker, manufacturer’s literature, service records, and a clean Illinois title in the owner’s name. 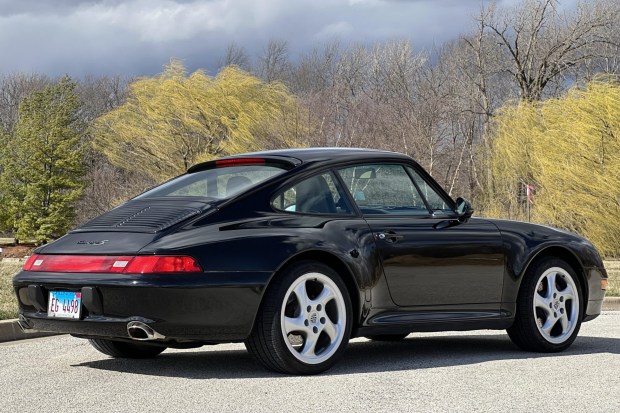 The 993 C2S featured wider bodywork, a split rear grille, and revised bumper covers and side skirts in comparison with the contemporary Carrera. This example is finished in black (L741) and features headlight washers, fog lights, heated power-adjustable side mirrors, a power-operated sunroof, a speed-activated rear spoiler, and dual exhaust outlets. The Carfax report lists an October 2015 accident with another vehicle that resulted in “minor damage” to the front, left front, and left side of the vehicle. The selling dealer notes paintwork on the fender. The hood and trunk struts were replaced in June 2019. 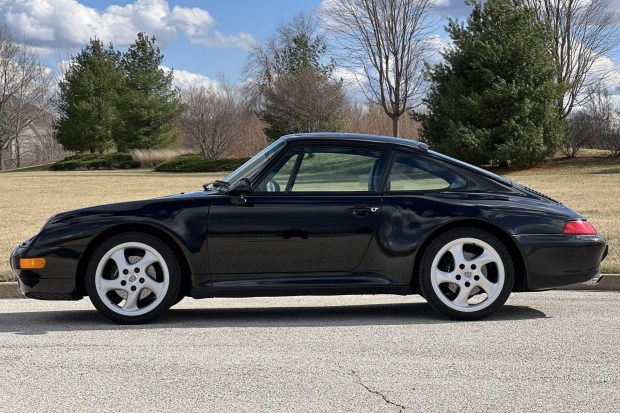 Optional silver-finished 18″ lightweight hollow-spoke Technology wheels are wrapped in 225/40 front and 255/30 rear Pirelli P Zero tires. Braking is handled by Porsche-branded calipers over cross-drilled rotors at all four corners. A brake fluid change was performed in 2021. 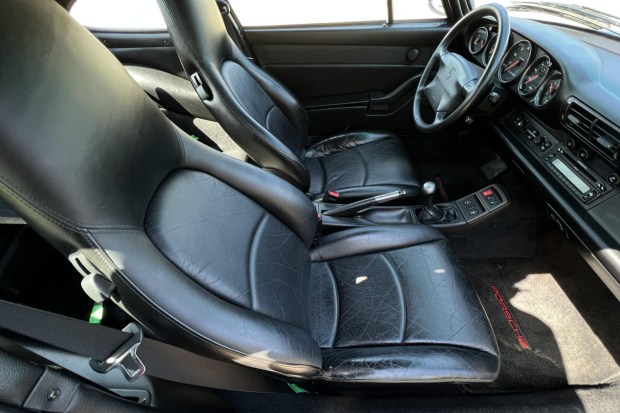 Eight-way power-adjustable front seats are upholstered in black partial leather and are complemented by a matching dash, center console, door panels, and carpeting. Amenities include a factory CD stereo, a 10-speaker sound system, cruise control, air conditioning, and black carpeted mats embroidered with red Porsche script. The air conditioning was recharged in 2021, and the driver-seat switch was replaced in September 2021. 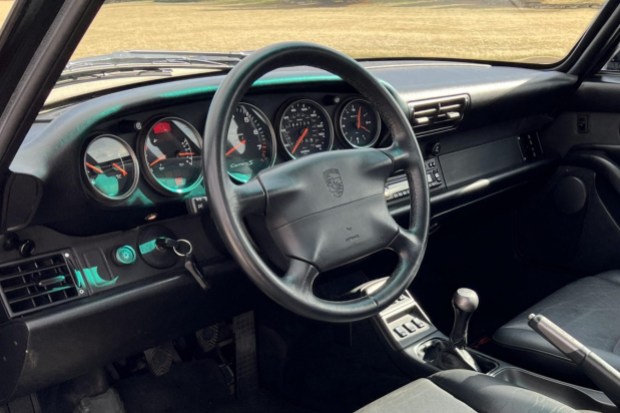 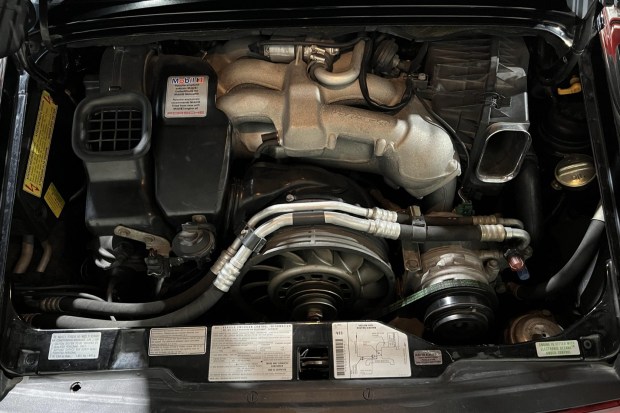 The air-cooled 3.6L M64 flat-six features a VarioRam intake system and was factory rated at 282 horsepower and 250 lb-ft of torque. The car is equipped with the optional Motor Sound Package, which added a revised intake and mufflers. An engine-out service to replace the timing and valve cover gaskets occurred in September 2016. 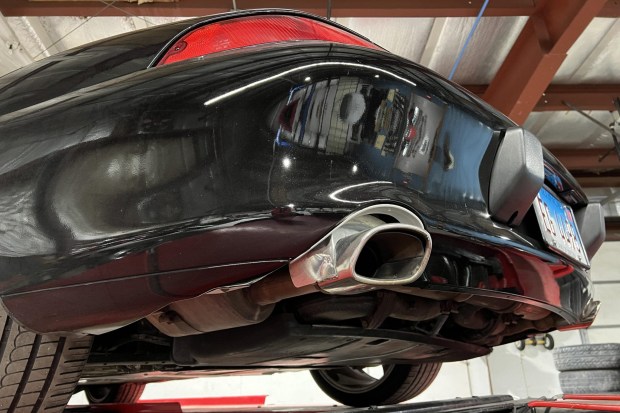 Power is sent to the rear wheels via a six-speed manual transaxle. 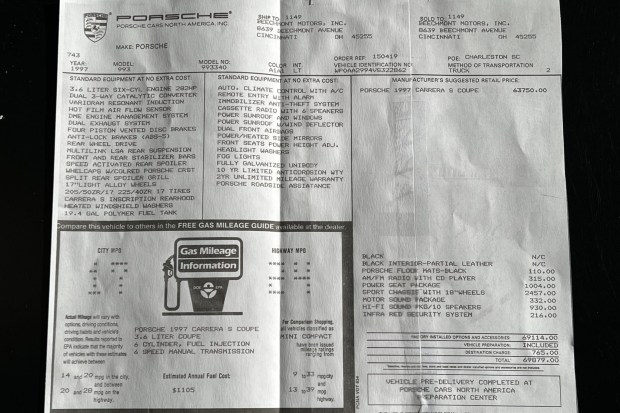 The window sticker shows initial delivery to Beechmont Motors of Cincinnati, Ohio, along with factory colors, options, and a total price of $69,879.

The Carfax report shows the aforementioned accident in October 2015 as well as history in Ohio and Illinois.