This 1995 Porsche 911 Carrera is a black-over-grey cabriolet powered by an air-cooled 3.6L flat-six paired with a four-speed Tiptronic automatic transaxle. Features include a power-retractable black soft top, a speed-activated rear spoiler, a power-adjustable driver’s seat, an onboard computer, air conditioning, an H&R coilover suspension system, 18″ Sport Classic II-style wheels, and an aftermarket stereo, amplifier, and speakers. The car was first registered in Arizona, and it later spent time in New Mexico, Missouri, and California before it was acquired by its current owner in April 2020. This 993 is now offered by the seller on behalf of its current owner with a clean Carfax report and a clean California title in the owner’s name. 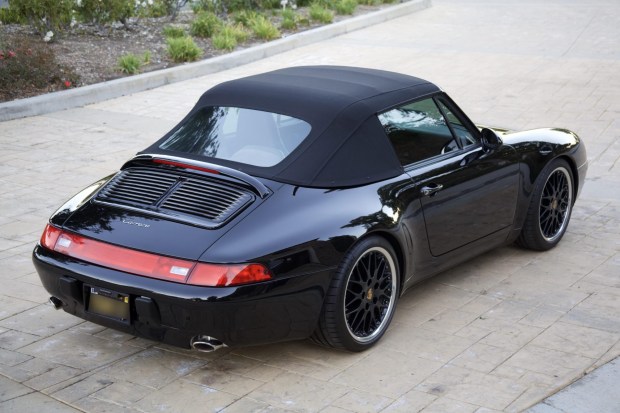 The car is finished in black (L741) and features a power-retractable black soft top as well as a speed-activated rear spoiler, a “basket handle” raised spoiler with an integrated third brake light, a heckblende, and polished dual exhaust outlets. The seller states that the side windows were tinted and the car was ceramic-coated in April 2020. 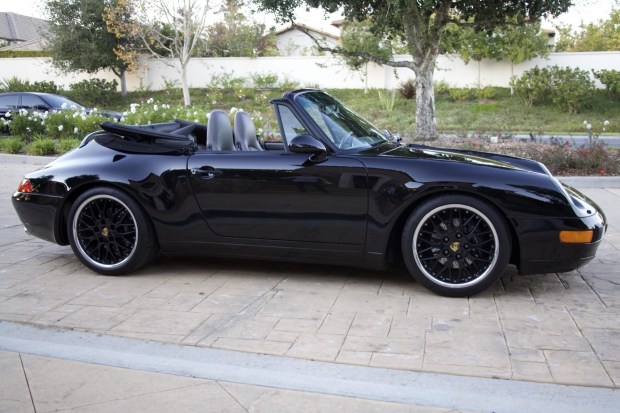 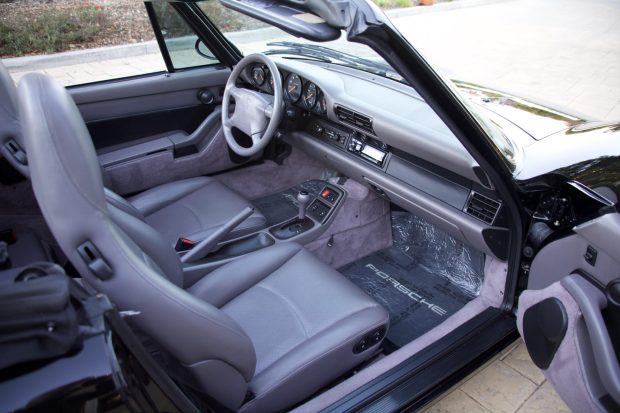 The cabin features seating surfaces upholstered in Classic Grey leather. Amenities include an eight-way power-adjustable driver’s seat, air conditioning, cruise control, Porsche-branded floor mats, and power windows, mirrors, and door locks, and the seller states the car was fitted with an upgraded audio system consisting of an Alpine CDE-HD149BT stereo, a satellite radio tuner, a Rockford Fosgate four-channel amplifier, and Morel speakers. The seller notes wear on the outer bolster of the driver-side seatback and states that the cabin air filter was replaced in April 2020. 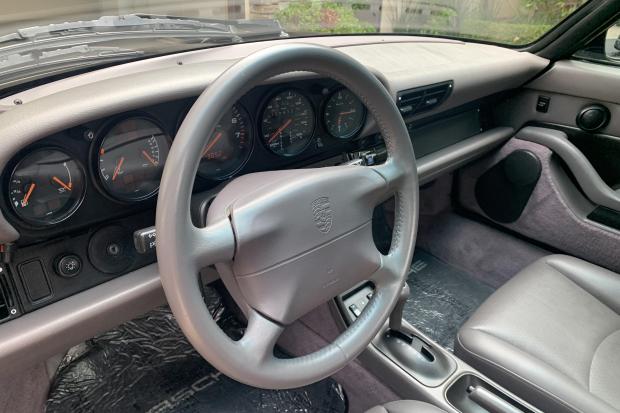 The leather-wrapped airbag steering wheel fronts a central tachometer, a 180-mph speedometer, an analog clock, and auxiliary gauges. The six-digit mechanical odometer indicates 26k miles, 800 of which were added under current ownership. 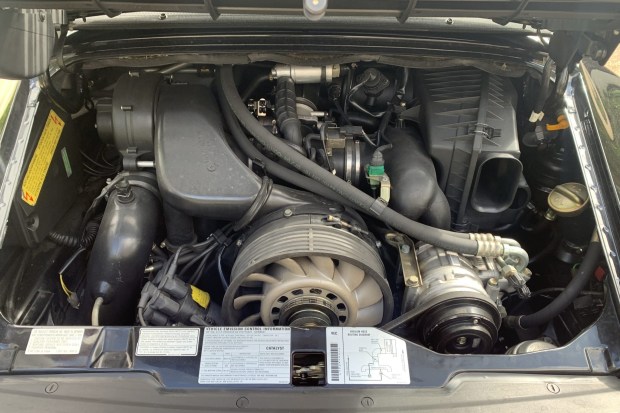 The air-cooled 3.6L flat-six was factory rated at 270 horsepower and 243 lb-ft of torque. The seller states that the air filter, fuel filter, and spark plugs were replaced in April 2020. 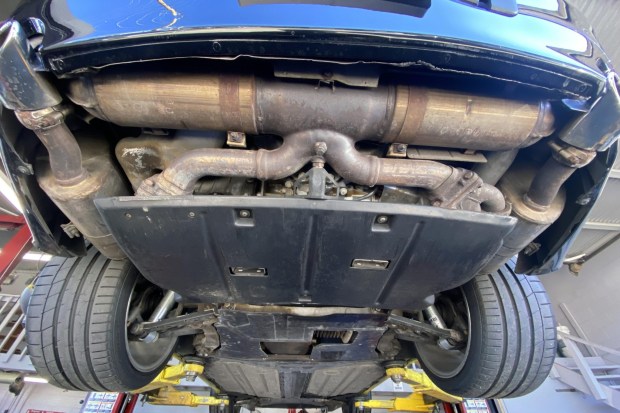 Power is sent to the rear wheels through a four-speed Tiptronic automatic transaxle, which was reportedly serviced in April 2020. 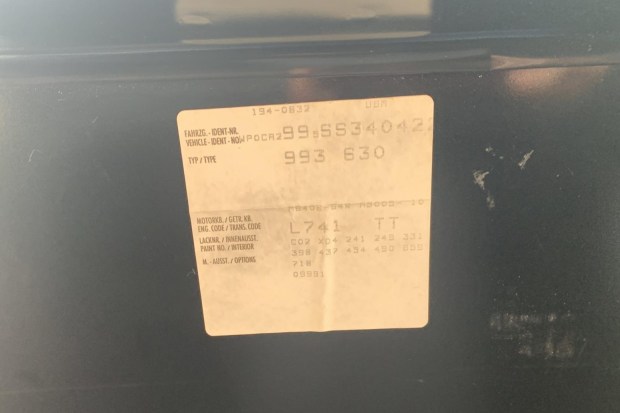 The Carfax report shows no accidents or other damage and lists history in Arizona, New Mexico, Missouri, and California.