This 1994 Porsche 911 Carrera 4 is one of 267 factory widebody coupes delivered to the North American market and is powered by a 3.6-liter flat-six that drives all four wheels through a five-speed manual transaxle. It is finished in Grand Prix White over Classic Gray leather upholstery and is equipped with 18″ BBS wheels, a limited-slip differential, a sunroof, an aftermarket exhaust system, H&R coilovers, power-adjustable front seats, a Blaupunkt stereo, cruise control, a car phone, and air conditioning. The seller acquired the car in 2010 and has since added approximately About 19k of the 71k miles shown. This 964 widebody is now offered with a Porsche Certificate of Authenticity, a window sticker, factory literature, spare keys, a safety triangle, service records, spare and removed parts, a car cover, a clean Carfax report, and a clean North Carolina title in the seller’s name. 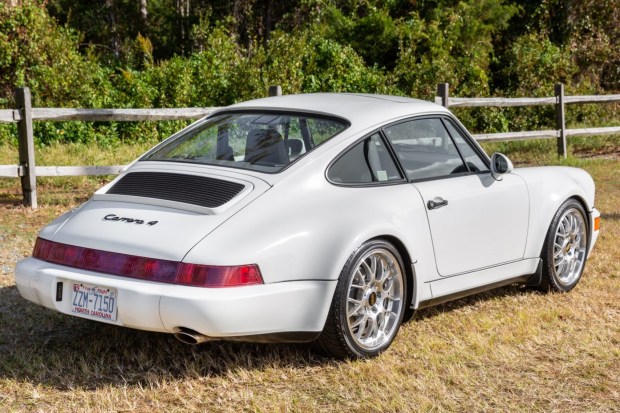 The car is finished in Grand Prix White and features factory-widened fenders as well as a speed-activated rear spoiler, an electric sunroof, integrated fog lights, and heated and power-adjustable side mirrors. A dent is located on the engine cover, and paint protection film has reportedly been applied to the front end. 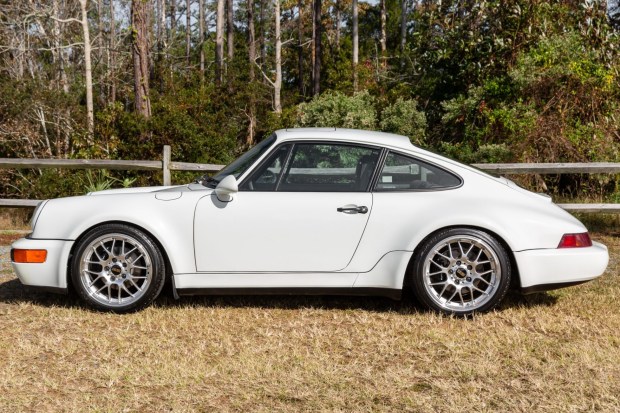 The 19″ BBS wheels are wrapped in Michelin Pilot A/S tires measuring 225/40 up front and 265/35 at the rear. Braking is handled by four-wheel ventilated discs with ABS, and the car is equipped with H&R coilovers. The removed wheels and suspension components are included in the sale. 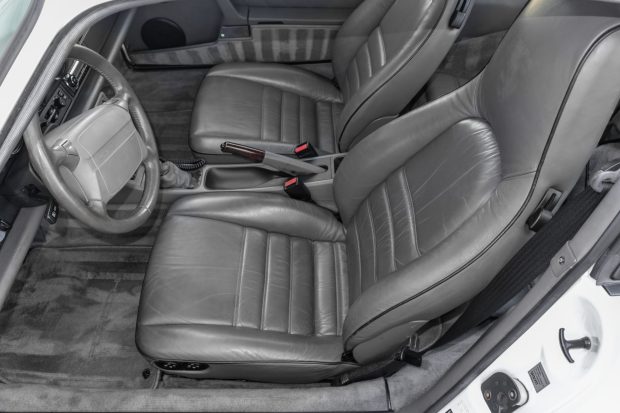 The power-adjustable front bucket seats feature black piping and are trimmed in Classic Gray supple leather, which extends to the dash, center console, and door panels. Porsche-branded floor mats line the footwells, and amenities include a Blaupunkt stereo, a car phone, a wood-trimmed shift knob and handbrake lever, power windows and locks, cruise control, and air conditioning. Blemishes are visible on the front seats. The removed Porsche CD-2 stereo is included, and the CD function of the removed stereo is non-operational. 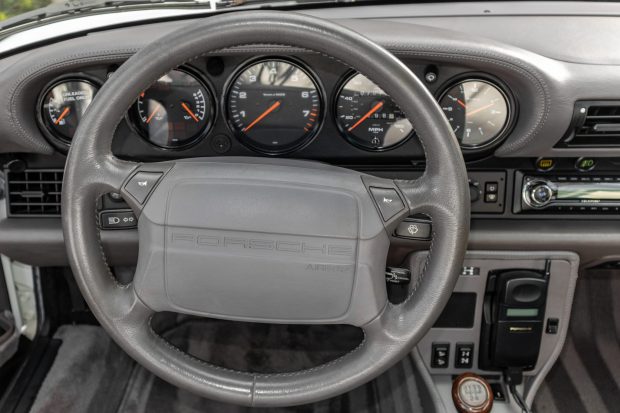 The leather-wrapped four-spoke steering wheel frames VDO instrumentation including a central tachometer with a 6,800-rpm redline as well as a 180-mph speedometer, a Quarz analog clock, and gauges for oil level, oil pressure, oil temperature, and fuel level. The six-digit odometer shows 71k miles, approximately 19k of which were added under current ownership. 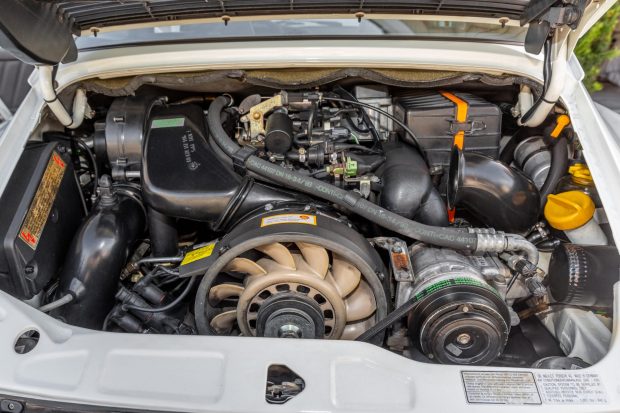 The air-cooled 3.6L M64 flat-six was factory rated at 247 horsepower and 228 lb-ft of torque. Power is sent to all four wheels via a five-speed manual transaxle with a limited-slip differential. An aftermarket exhaust system has been fitted. 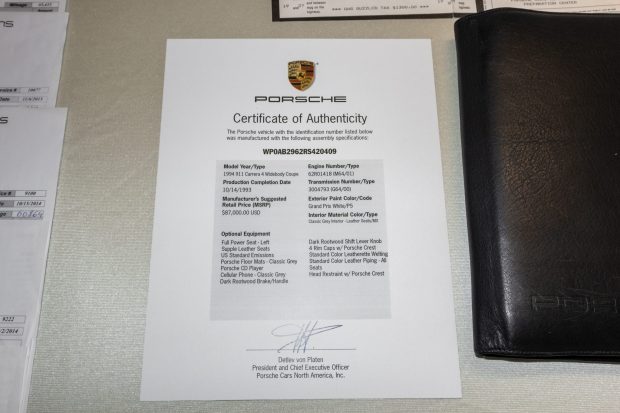 The Porsche Certificate of Authenticity lists factory colors, options, and a production completion date of October 14, 1993. 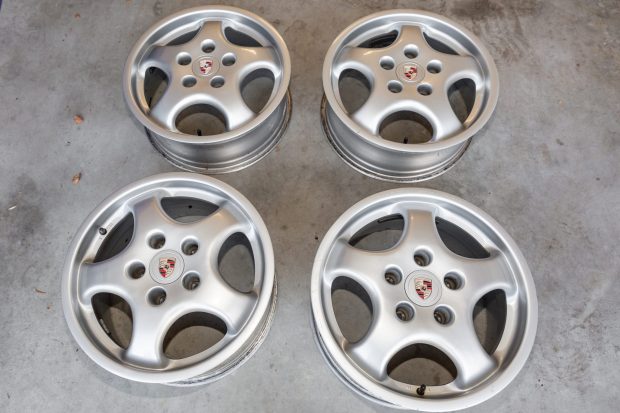 The removed set of wheels is included in the sale along with a window sticker, factory literature, two keys, service records, spare and removed parts, and a car cover.

The Carfax report shows no accidents or other damage and lists history in North Carolina, Pennsylvania, New Jersey, and North Carolina.