This 1976 Porsche 930 Turbo Carrera was delivered new by air to Calgary, Alberta, and is said to have been the first example in Canada. The car is finished in silver over black leather upholstery and is powered by a turbocharged 3.0-liter flat-six paired with a four-speed manual transaxle. Equipment includes 15” Fuchs wheels, fog lights, a power sunroof, a whale-tail spoiler, air conditioning, and power windows. The seller acquired the car in 2012, and subsequent work included replacing the brake pads and adjusting the ride height. This 930 Turbo now shows 71k miles and is offered in Canada with a Porsche Certificate of Authenticity, manufacturer’s literature, a tool roll, service records dating back to 1976, historical photos, and Alberta registration. 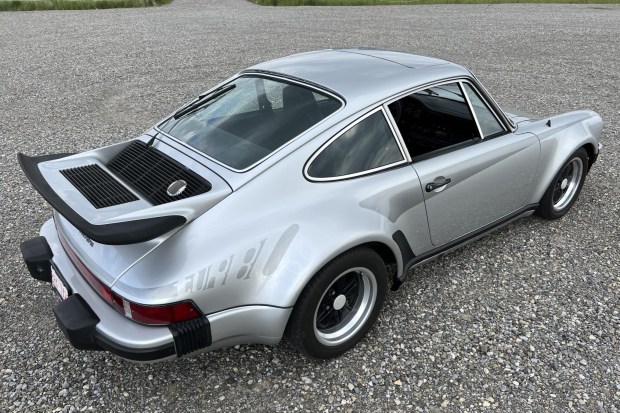 The car is finished in Silver Metallic (Z2Z2) with black “turbo” graphics and features a power sunroof, headlight washers, fog lights, a front nerf bar, a driver-side mirror, a rear wiper, and a whale-tail spoiler. Paint chips and blemishes around the car are shown close up in the gallery along with chips in the windshield. 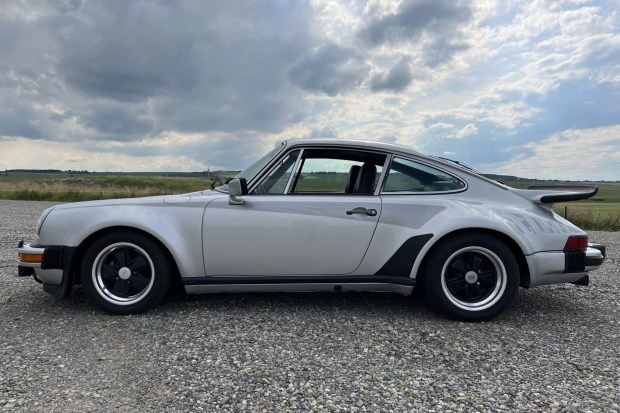 Staggered-width 15” Fuchs wheels are finished in black with polished lips and are mounted with 205/50 Nitto Neo Gen tires up front and 225/50 Toyo Proxes 4 tires out back. Stopping power is provided by four-wheel disc brakes. There is curb rash on the left front wheel, which can be viewed in the gallery. 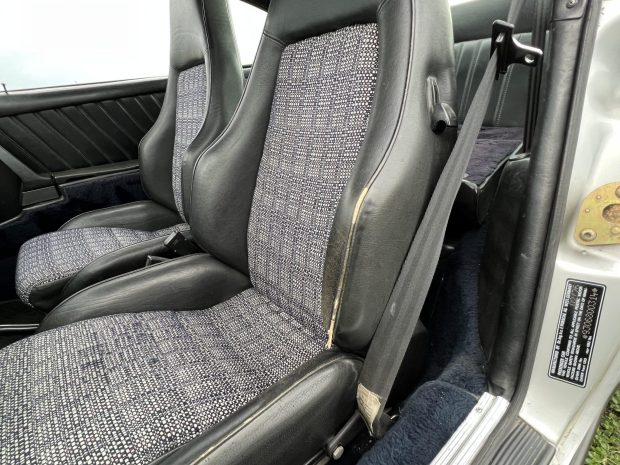 The cabin features front sport seats trimmed in black leather with patterned cloth inserts along with black door panels and carpets. Additional appointments include air conditioning, power windows, folding rear jump seats, a fire extinguisher mounted in the driver’s footwell, and Porsche-branded floor mats. The air conditioning system was converted to utilize R134a refrigerant in September 2003. The seller notes that the radio is inoperative, and wear on the driver’s seat is shown in the gallery. 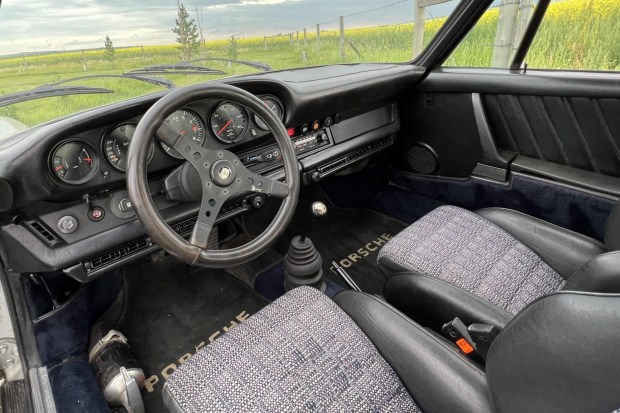 A Racemark steering wheel fronts VDO instrumentation consisting of a tachometer with a 6,700-rpm redline flanked by a 180-mph speedometer, supplementary gauges, and a clock. The six-digit odometer shows 71k miles, approximately 20k of which were added under current ownership. 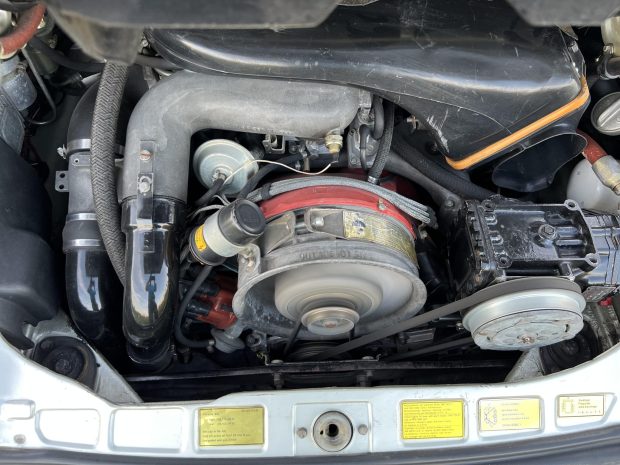 The turbocharged 3.0-liter SOHC flat-six is equipped with Bosch K-Jetronic fuel injection and was factory rated at 245 horsepower and 253 lb-ft of torque. Engine work in 1997 included a rebuild of the turbocharger as well as replacement of the pistons, cylinder linings, valve guides, wastegate, fuel injectors, and the timing chains and tensioners. An oil change was performed in 2022. 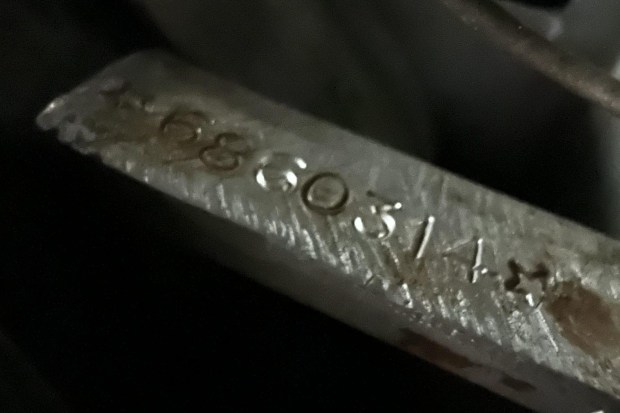 The engine-case stamping reads *6860314* and matches the number shown on the Porsche Certificate of Authenticity. 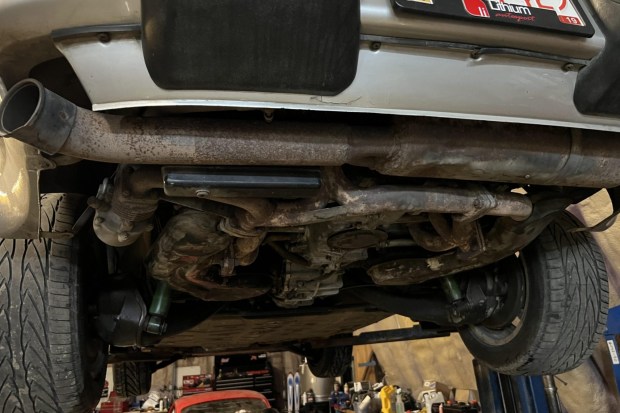 Power is sent to the rear wheels through a four-speed manual transaxle. The clutch assembly and ring gear were replaced in 1997. Additional underside photos are provided in the gallery. 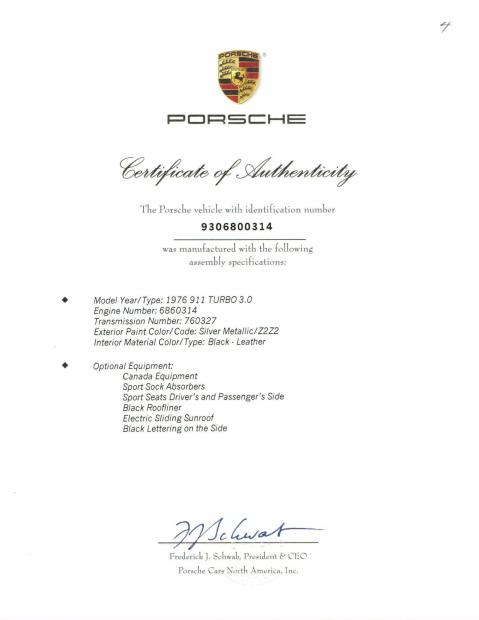 The Porsche Certificate of Authenticity shows factory colors, identification numbers, and optional equipment. The car was featured in a 2013 issue of Panorama Magazine, a copy of which is included in the sale.