This 1973 Porsche 911S Targa was reportedly exported from the US to Japan and later spent time in Florida before being acquired by the selling dealer in 2019, who subsequently performed a refurbishment completed in March 2021 that consisted of removing aftermarket modifications, refurbishing the body, and refreshing the engine, transmission, suspension, and brakes. The car is finished in Coffee Brown over black upholstery, and power comes from a fuel-injected 2.4-liter flat-six paired with a five-speed manual transaxle. Features include a removable top panel, a brushed metal Targa bar, four-wheel disc brakes, and 15” Fuchs alloy wheels. This 911S Targa is offered by the selling dealer in California with records of the refurbishment and a clean Florida title. 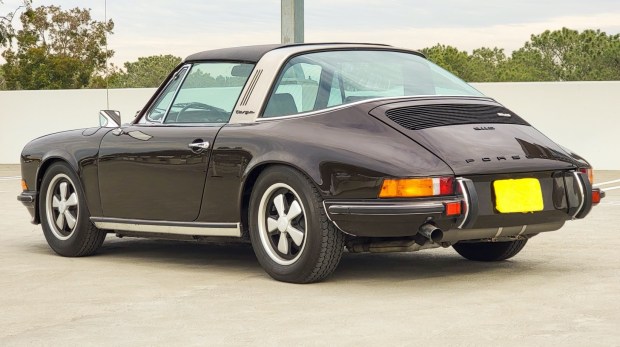 The body received an RSR-style wide-body conversion under previous ownership which was removed as part of a refurbishment that included replacing the hood, front fenders, and rear quarter panel sections. The doors were stripped, the windshield seal was replaced, and other miscellaneous bodywork was concurrently performed. Previously yellow, the body was repainted in its current Coffee Brown finish, with a photo of the car mid-repaint included in the gallery below. Exterior features include a brushed metal Targa bar, a removable roof panel, a 911S-specific front valance, chrome headlight surrounds, and rear bumperettes. 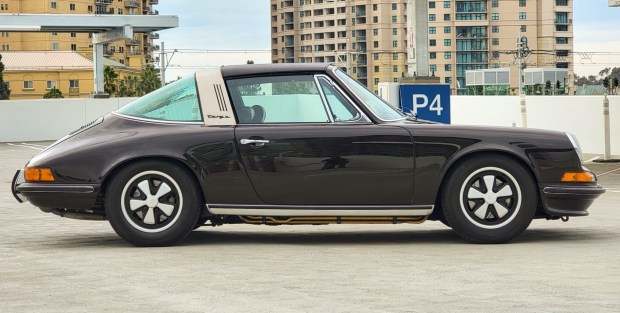 Fuchs 15” alloy wheels that were repainted as part of the refurbishment are mounted with 185/70 Vredestein Sprint Classic tires. The brake calipers were rebuilt, the master cylinder was replaced, the soft lines were upgraded to stainless steel, and the hard lines were cleaned and refinished, while additional work performed under current ownership included refreshing the front and rear suspension systems with new bushings, bearings, and fasteners. 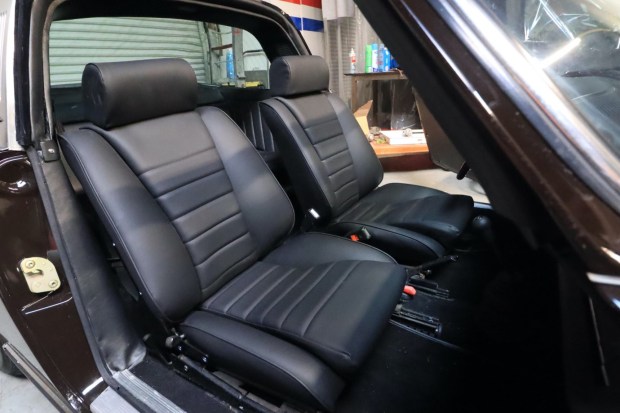 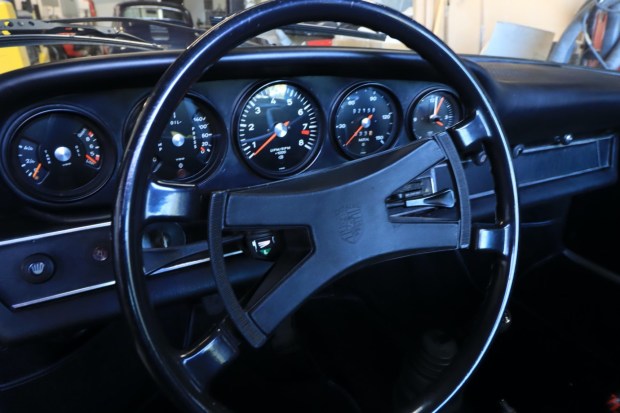 A four-spoke steering wheel sits ahead of replacement VDO instrumentation that includes a central tachometer, a 150-mph speedometer, an analog clock, and auxiliary gauges. The five-digit odometer shows 82k miles, approximately 3k of which were added during current ownership. Total mileage is unknown. 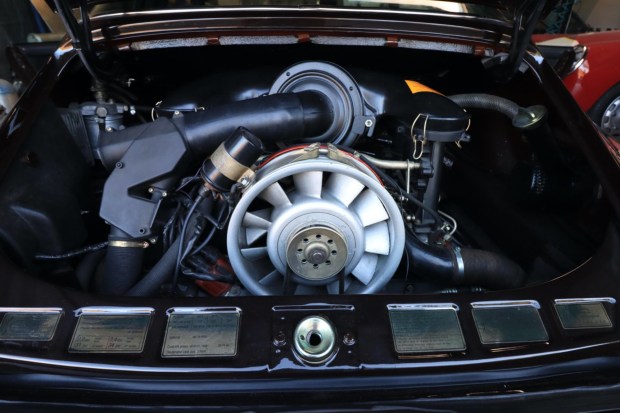 The 2.4-liter flat-six received work that included refreshing the mechanical fuel injection system, performing a valve adjustment, and installing new ignition components along with replacing the muffler, clutch, valve cover gaskets, front and rear main seals, and rubber oil and cooler lines. The undercarriage hard lines along with the oil thermostat, cooler, and sump were disassembled and cleaned, while the electrical system was refreshed as part of the overhaul. The fuel pump was replaced in November 2020. 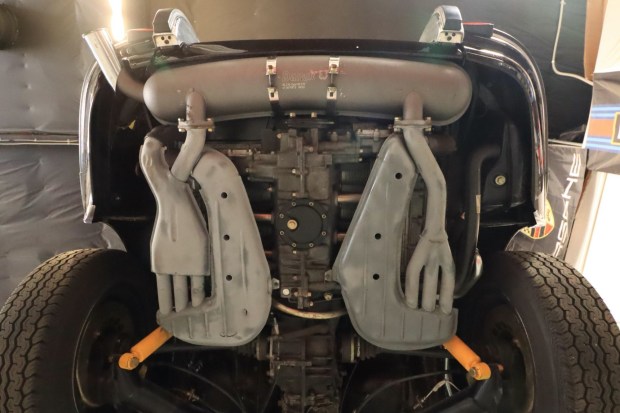 Power is sent to the rear wheels via a refreshed five-speed 915 manual transmission that received replacement nose cone and side cover seals under current ownership. A coating was applied to the underbody, additional photos of which are provided in the gallery below.