This 1969 Porsche 911S Targa is said to have been first registered in California where it was acquired by the owner in 2016 and subsequently relocated to Washington. The car was refurbished under previous ownership with work reportedly including repainting the body in Polo Red and rebuilding the 2.0-liter flat-six engine and five-speed manual transaxle. Features include black leatherette upholstery, a removable black Targa top, 15″ Fuchs wheels, gold badging, driving lights, fog lights, and a Blaupunkt Grand Prix AM/FM/SW radio. This 911S Targa is offered by the seller on behalf of the owner with manufacturer’s literature, a factory tool kit, service records beginning in 1969, a Porsche Certificate of Authenticity, and a Washington title in the owner’s name. 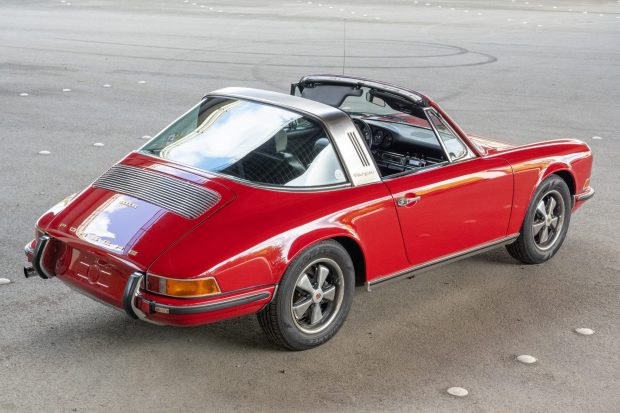 The car left the factory finished in Polo Red (6802) and is said to have been refinished in 2000 under previous ownership. Equipment includes a black removable top panel, body-colored bumpers with chrome overriders and rubber moldings, amber taillights, a brushed stainless-steel Targa bar, bright rocker moldings and headlamp trim rings, Gold badging, fog lights, and driving lights. Stone chips are present in the front valance, and other imperfections are shown close-up in the gallery. 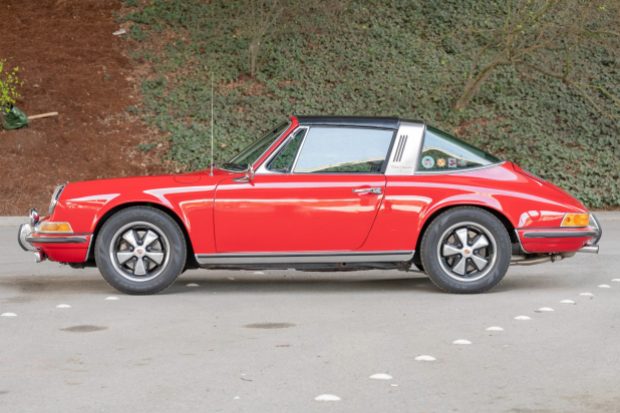 The anodized 15″ Fuchs wheels have black accents and are mounted with 195/65 Goodyear Assurance tires. Koni shocks were installed in 2017, and stopping power is provided by four-wheel disc brakes. 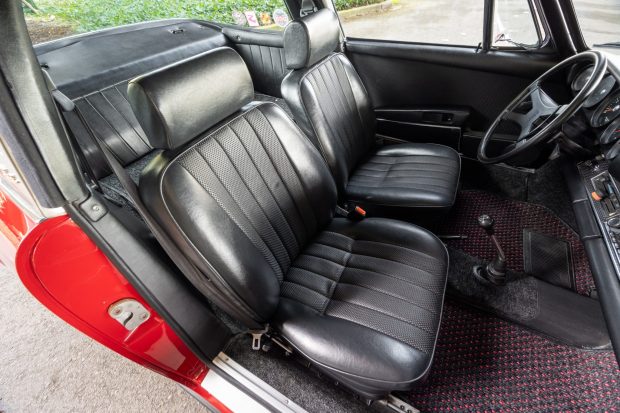 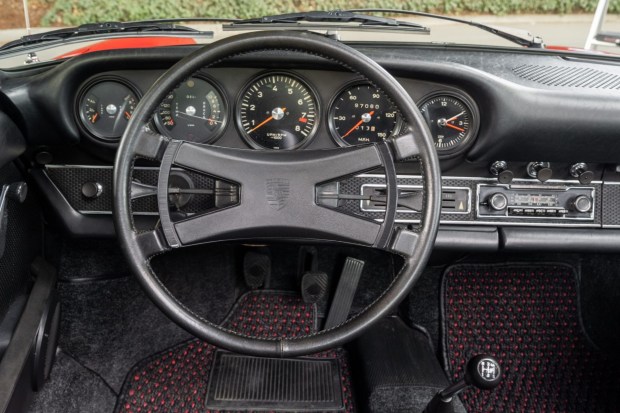 The leather-wrapped four-spoke steering wheel frames a centrally mounted tachometer with a 7,200-rpm redline as well as a 150-mph speedometer, a clock, and gauges for fuel level, oil level, oil temperature, and oil pressure. The five-digit mechanical odometer shows 97k miles, approximately 3k of which were added under current ownership. 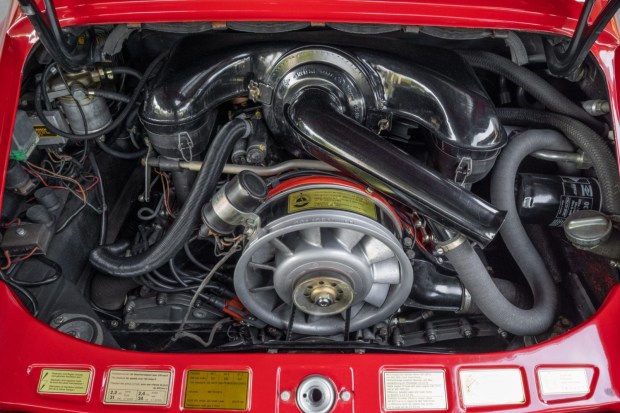 The 2.0-liter flat-six features Bosch mechanical fuel injection and was rated at 170 horsepower when new. The engine was refurbished in 1999, and stamping 6392043 shown in the gallery matches the engine number shown on the Porsche Certificate of Authenticity. Service under current ownership has included replacement of the alternator, ignition points, and hot-air hoses. 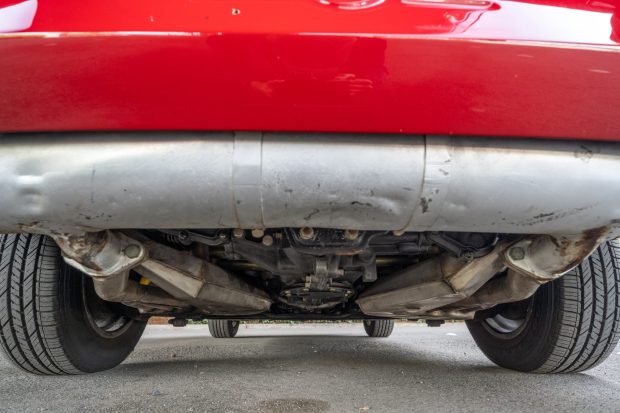 Power is sent to the rear wheels through a type 901 five-speed manual transaxle and a limited-slip differential. The transmission was refurbished in 1999. 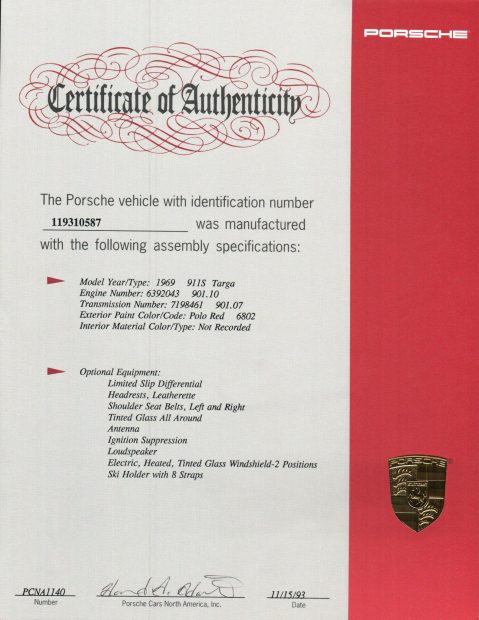