This 1967 Porsche 911S is one of 483 soft-window Targa examples built for the model year and was sold new by P.C. Pacific Porsche of Burlingame, California. The car was purchased by the seller in 2005, and a subsequent five-year restoration included repainting the bodywork in the original Polo Red, reupholstering the interior in black leatherette with houndstooth inserts, and rebuilding the 2.0-liter flat-six and dogleg five-speed manual transaxle. Equipment includes 15″ Fuchs wheels, four-wheel disc brakes, fog lights, a wood-rimmed steering wheel, green-letter VDO gauges, and a Blaupunkt Frankfurt radio. Recent service consisted of performing a valve adjustment and oil change. This 911S Soft-Window Targa is now offered in Colorado with service and restoration records, owner’s manuals, judging sheets, a tool kit and jack, a Kardex report, and a clean Washington title in the seller’s name. 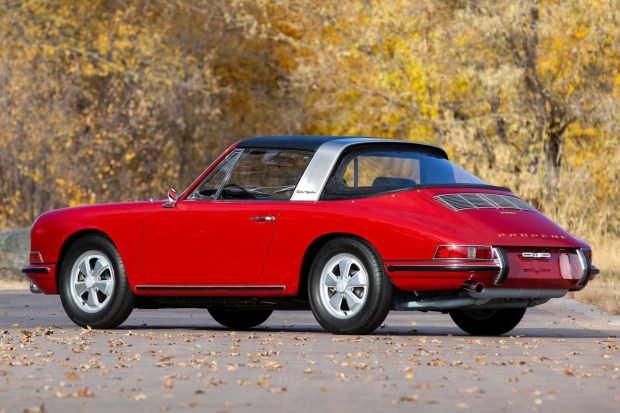 Beginning in 2012, the body was stripped to bare metal and sheet metal repairs were carried out by Vintage Car Works of Englewood, Colorado. The car was then repainted in the original Polo Red. Additional work consisted of replacing the zip-down rear window, re-anodizing the bumpers, re-chroming the door handles and antenna, and replacing the seals and rubber trim. Equipment includes factory headlights, fog lights, a brushed stainless targa bar, a fender-mounted antenna, a polished square lip exhaust tip, and gold badging. 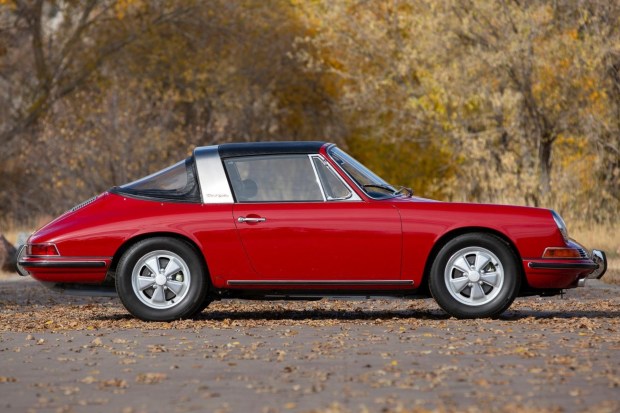 Forged 15×4.5” Fuchs alloy wheels were refinished by Weidman’s Wheels and wrapped in 165-series Pirelli Cinturato tires. The suspension system was overhauled during the restoration and features Bilstein shock absorbers, a rear anti-roll bar, and a thicker front anti-roll bar than standard 911 models. The brake calipers were overhauled by PMB Performance and the rotors, lines, and hardware was also replaced. 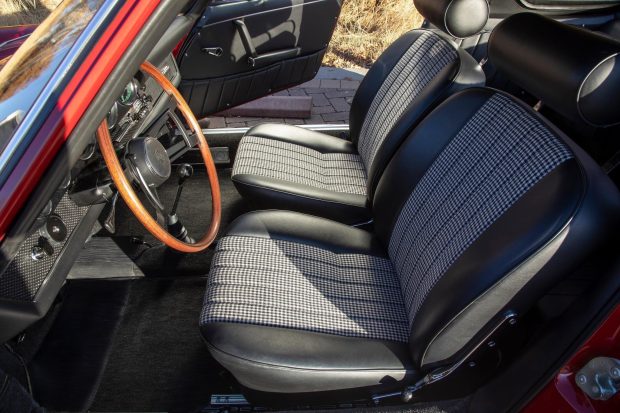 The cabin was reupholstered by Autobahn Interiors and features black leatherette seats with Houndstooth inserts as well as front headrests, basketweave dashboard trim, a re-finished rearview mirror, and a Blaupunkt Frankfurt X-series radio. 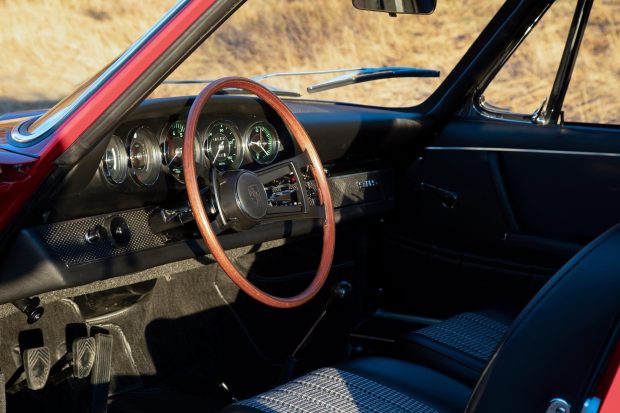 The wood-rim steering wheel was refurbished by Bruce Crawford, and green-letter VDO instrumentation includes a clock, a center tachometer with a 7,200-rpm redline, and a 150-mph speedometer. The five-digit odometer shows 49k miles. The total mileage is unknown. 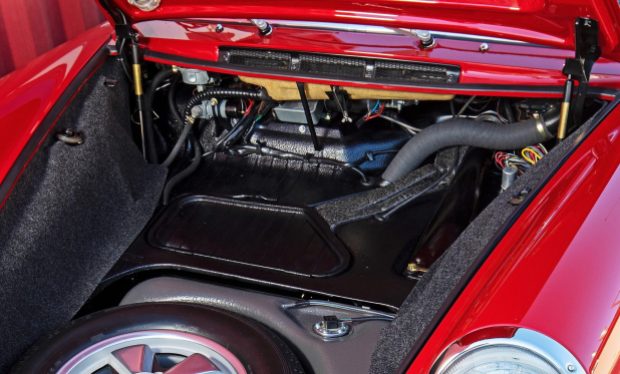 The front trunk is protected with carpet liners and houses a refurbished fuel tank, a spare Fuchs wheel with a Pirelli Cinturato tire, and a rebuilt Webasto gasoline-fueled heater located in the smuggler’s box. 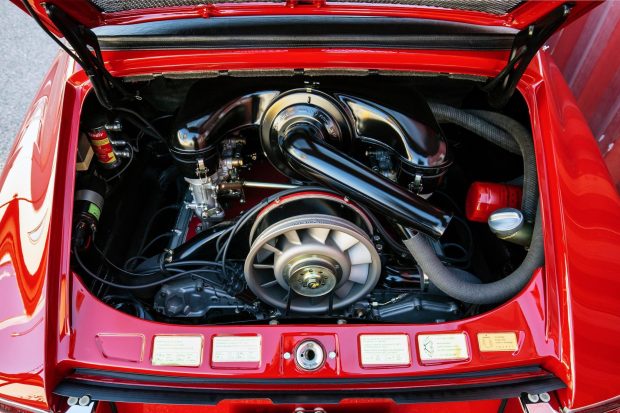 The 2.0-liter flat-six was rebuilt by Ollie’s of Lake Havasu City, Arizona and Aker’s Porsche in Seattle in 2015. Paul Abbott of Performance Oriented refurbished the Weber 40 IDS3C carburetors and manifolds, the fan and housing were refinished by Mark Motshagen, the oil cooler was overhauled by Vintage Car Works, the oil lines were supplied and re-fitted by Brad Davis, the Bosch distributor was rebuilt by Ed Fall of Vintage Werks, the wiring harness was sourced from YnZs Yesterdays Parts. Recent service by Vintage Car Works consisted of performing a valve adjustment and an oil change. 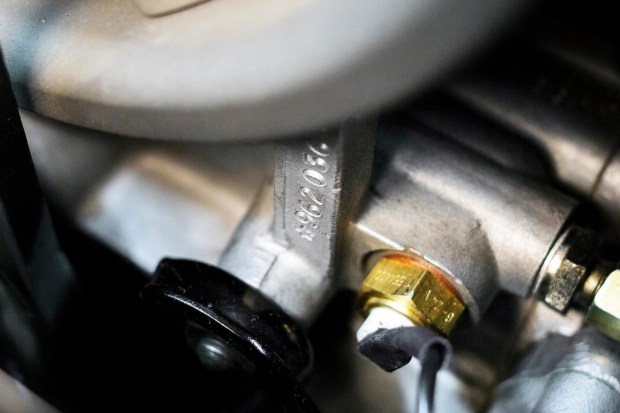 Engine series number *962036* is stamping into the crankcase and matches the photo of the Kardex in the gallery. 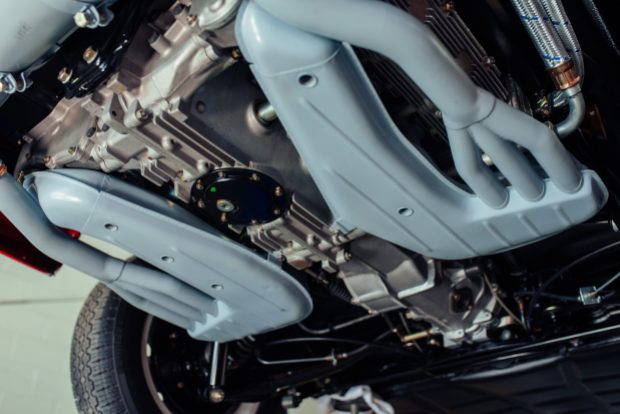 Power is sent to the rear wheels through a five-speed 901 manual transaxle with a dogleg first gear. The gearbox was rebuilt by Rowe Performance in 2012. Additional photos of the underbody, suspension, and exhaust are provided in the gallery. 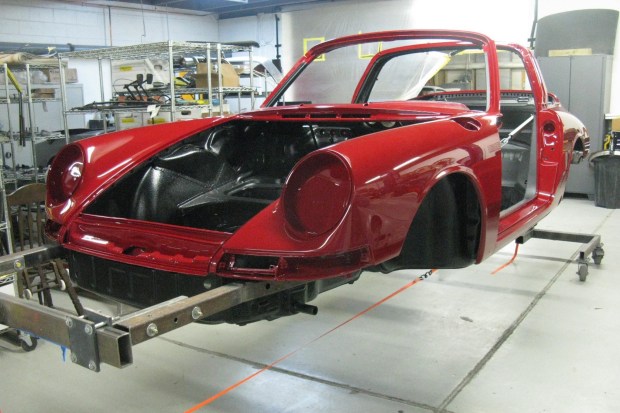 Photos from the refurbishment process are also available in the gallery.